Adapting a three hundred and fifty page, multi -venue crime novel for the stage can’t be an easy task. However, John Harvey and director Jack McNamara are in safe hands with this exemplary production of Darkness Darkness. New Perspectives have four decades experience of adapting written works for the stage. What some might consider theatrical difficulties New Perspectives revel in the artistic challenges.

Darkness Darkness offers up several challenges – not the least of which – is a story that is a mix of contemporary happenings, a murder story and important events historically thirty-years in the past. The glue that binds the whole story together is the Miners’ Strike of the mid 1980s. Within the heart of the tale we witness the tearing apart of families and mining communities and the controversial policing thereof. This complex murder story is as much about corruption as it is about divided families. It is also about how the past can haunt our personalities and dictate our motivations in former and ongoing relationships. Just how far will a person go to escape discovery in extreme circumstances? 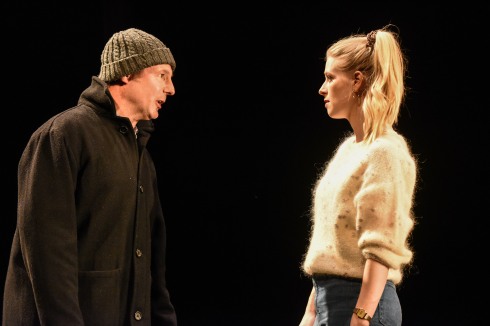 David Fleeshman inhabits the character of Charlie Resnick to a tee. Any reader of the Resnick stories will immediately engage with his performance. Whilst there aren’t quite as many actual Nottingham place references mentioned on stage as one would find in any Resnick novel there are certainly enough to delight this Nottinghamshire audience. In Darkness Darkness a clever theatrical device takes precedent in the story-telling and that is one of Resnick talking with characters who are ostensibly dead. In actuality this is not quite as weird as it may sound. This device allows Resnick to open up to, or struggle with, confronting emotionally difficult moments – the terrible memories of the shocking death of his former life partner, for example. 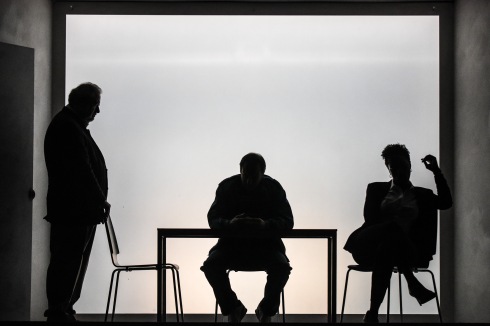 There are some excellent performances throughout the piece. Simone Saunders impresses as ballsy Police Inspector Catherine Njorage – at times fearless in her investigative approaches and – most believably fearful – in a convincing ‘dealing with an aggressive ex scene’. Jonathan Woolf as Adam Uttley, former fiancée of Njorage is understated dangerously creepy personified. 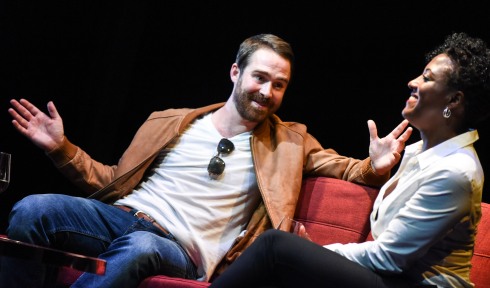 Elizabeth Twells as Jenny Hardwick offers up a very naturalistic performance throughout. Along with Emma Thornett as Jill Haines and Martin Miller as retired police officer Keith Haines their North Notts accents are all credible enough to pass muster with this local Nottinghamshire audience. From slightly further up north we have the chancy lover character Danny Ireland (John Askew) from near Rotherham. Ireland fancies the pants off married lass Jenny Hardwick and is often rebuffed, but is he the murderer? Chris Donnelly doubles up as the ghostly presence of Peter Waites (an old friend of Resnick from Bledwell Vale) and the very down to earth ‘scab’ miner Barry Hardwick. 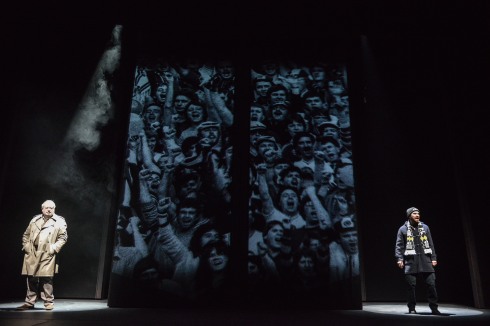 As well as a very engaging stage adaptation by John Harvey the play is greatly enhanced visually by the dynamically dark – sliding panel – set with its stark white – gliding box – rooms and realistic looking coal seam across the front of the stage. The set design (Ruth Sutcliffe) also incorporates black and white slides of the brutal events of the Miners’ Strike as well as projected black and white video effects (William Simpson). The prevailing mood of the piece is superbly supported by a terrific soundscape by sound designer Drew Baumohl and the impressive lighting design is courtesy of Azusa Ono.

Resnick being a jazz lover also means plenty of recorded jazz that gives the piece authenticity and aural depth. One small thing that Resnick lovers may be disappointed about in this otherwise sterling production is that Dizzy, Resnick’s only surviving cat, doesn’t make an appearance. Fans may be relieved to know that, the cat that was cast as Dizzy, has been seen in a safe spot back stage knocking back a bowl of warm Shippo’s beer. That is true dedication for you. 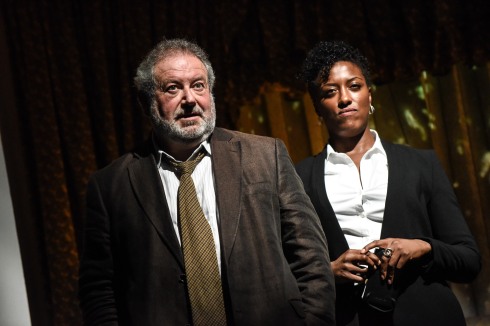 On a final note. You don’t have to be from Nottinghamshire to get thoroughly engaged in this finely performed, staged and written theatrical adaptation of Darkness Darkness – Resnick’s last case. It’s ‘bleddeh good’ theatre.

This review by Phil Lowe was originally published by  The Reviews Hub.