Directed by Nikolai Foster and designed by Colin Richmond with musical direction from Matthew Spencer-Smith and lighting and sound from lighting designer Ben Cracknell and sound designer Tom Marshall, The Music of Andrew Lloyd Webber runs at Curve Leicester 7- 19 June 2021. Associate director Lee Proud has been instrumental in bringing this particular show to life along with the entire team at Curve. Book now! In fact, book several times! You won’t regret it and you’ll be supporting a much valued local theatre on the road to recovery. That would be Really Useful.

‘A musically exhilarating and perfect night at the theatre.’

Curve Leicester certainly know how to pull out all the stops, sharpen the volume and light the biggest and brightest of lights when they put on a show and their current big event, The Music of Andrew Lloyd Webber certainly does that! The professional cast, Tim Howar, Madalena Alberto, Jessica Daley, Ria Jones, Karen Mavundukure, Shem Omari James, and Tim Rogers all blow the roof off the building with their solos and powerhouse ensemble pieces from an impressive back catalogue of Lloyd Webber’s shows. Class and versatility are the names of these performers’ games for sure. Their sterling musical theatre work is supported by musical director Matthew Spencer-Smith’s excellent eight piece band and the added energy and talents of the Curve Youth and Community Company.

The evening is thrillingly chock-a-block with recognisable music and songs created by Lloyd Webber and we literally see and hear his presence on video screens above the stage as he guides us informatively and very wittily through his lifetime of working in musical theatre and stretching his musical genius out into other more classical spheres. As the pieces were filmed at Curve and around the city of Leicester his messages of love for this theatre are very welcomed by this Leicester audience. Two of the non-musical theatre pieces shown on stage tonight; a stunningly played Variation 23 (electrifying solo cello work by Natalie Hancock) and Pie Jesu (exquisitely sung by young soloist Alyshia Dhakk), remain in the ‘memories’ not as ‘unexpected songs’ but, stand out respectively as fine examples of music made theatrical by their intense drama – Variations 23 – and beatific holy contemplation – Pie Jesu.

Cameron Mackintosh’s loan of the revolving stage definitely aids in the staging and presentation of this in-the-round spectacular and we cannot go without giving a very big shout out for the utterly fabulous work of lighting designer Ben Cracknell whose lighting designs and theatrical applications completely blow the audience away and make the evening ultra special. His rig for this concert’s The Phantom of The Opera set, is innovative and awesomely good. The singing of Jessica Daley’s Christine and Tim Howar’s Phantom add mystery, magic and power to the whole Phantastic effect.

Even without actors on stage you can almost believe there are a myriad of slinky cats dancing around the stage and auditoria during the Cats overture/ Jellicle Ball underscore section. This is all to do with the power of the music and Cracknell’s cats eyes’ – all encompassing – lighting as it mirror balls and visually caterwauls around the whole of the Curve spaces.

So, Take That Look of Your Face and just With One Look, if you love your Jesus Christ Superstar; think that Any Dream Will Do or believe that Love Never Dies or even that there’s Light At The End of The Tunnel then pop down down to Curve Leicester and revel in some sterling musical theatre numbers by visiting Norma In The Studio on Sunset Boulevard with Bad Cinderella and much much more. It’ll be As If We Never Said Goodbye.

If you need to come by public transport Shimbleshanks The Railway Cat will be on hand to guide you, socially distanced of course, from the Leicester station. That is, if he’s not busy with Another Suitcase In Another Hall.

Remember that, in theatre, Love Changes Everything, as in life. You will love The Music of Andrew Lloyd Webber – in concert with its international cast of musical theatre stars so do come and enjoy this awesome show. 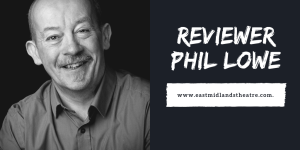