The Rise and Fall of Little Voice on until 22nd November is another five star production from Derby Theatre. Brilliantly directed by artistic director Sarah Brigham this comic drama from the pen of playwright Jim Cartwright has energy in abundance on the Derby Theatre stage. Sparks literally fly and the voice may be little but the spontaneous applause and laughter throughout is decidedly loud.

The revolving set is a clever design by Dawn Allsopp based on a terraced northern house in the 1980s.It can be seen as a cut through home, a back street and the seedy nightclub where LV reluctantly performs her medley of songs. The whole design revolves on a circular base made to look like a giant LP record. Atmospherics and sound play a big part in this show and Ivan Stott has retained his skill base with Derby Theatre from his days in a previous Derby Theatre show – The Odyssey, Tim Skelly’s terrific lighting design works a treat in setting a variety of moods and times of day. 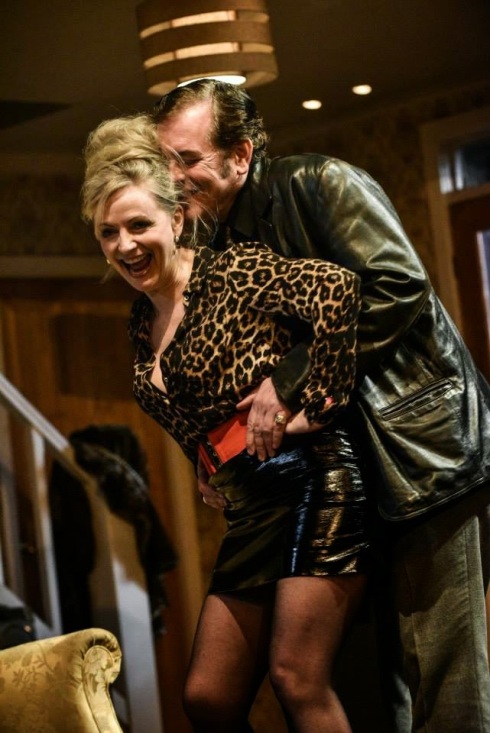 The whole cast make this show come alive –and in the case of Tracy Brabin’s mother character- Mari, a woman mostly residing at the bottom of a bottle or two – you might say ‘alive and very much kicking’. Her bent double legs akimbo performance is a master class in how to play drunk, loud and common and still be lovable. When she does her Jackson Five dance routine with Sadie (Sue Vincent) the whole audience burst out laughing and continued to shriek with laughter for the whole thing. Brabin can certainly play comedy extremely well, both broad and subtle and is equally at home with pathos.

Sue Vincent’s deep voiced Sadie is a gift to an actress and Vincent draws many a laugh out of the simple letters OK delivered with a Cheshire accent. Plus she shows Sadie’s tender side through her caring scenes with LV. Vincent delivers her role with exceptional comic timing.

Rebecca Brierley makes her professional début as LV or Little Voice and she does it with a mix of quiet concentration in the lost little girl aspects of her character, semi secure in her tidy bedroom full of Daddy’s old LPs and a worn out record player, and then an ultimately astonishing display of sexy confidence as LV finally is forced to sing her medley of impressions at the club. And wow can she sing! If people are coming to the show with expectations of how this scene may be done they certainly won’t be disappointed. A fine start to Rebecca Brierley’s acting career. 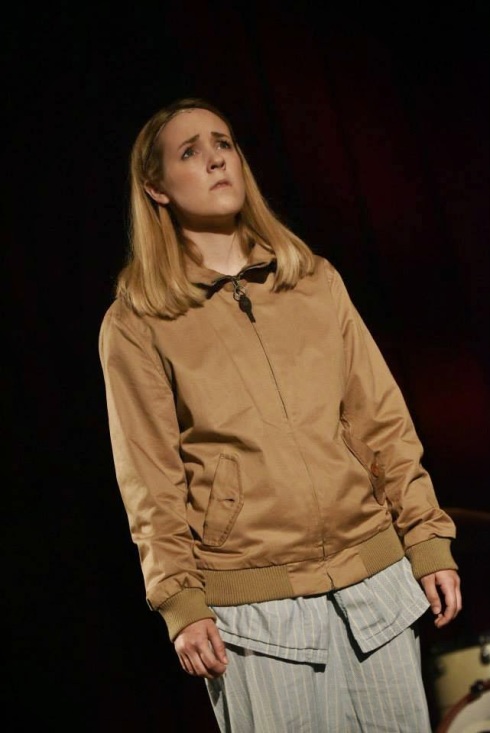 The men in the play are generally pathetic opportunists with the exception of Billy. Billy in this production is played with real love and vulnerability by Tom Meredith. The character of Ray Say wonderfully performed by Kevin McGowan is perfectly done. Louche, a spot on match for the desperate to be loved Mari, expedient and exploiting, sad and somewhat shameless yet oddly sympathetic.

His counterpart is the brilliantly named Mr Lou Boo played to the hilt as a ‘never was’ or ‘never has been’ compère of a ‘seen better days’ nightclub. Actor Ged McKenna wins the crowd over big time with his corny act and unsubtle risqué crotch grabbing dancing – the type that drunken older male relatives do at weddings, usually with a far too young bridesmaid close by. Embarrassing but car crash comical. McKenna also features as the phone man at the start of the play.

If you like your drama to be dramatic – and don’t we all? If you like your comedy to surprise and be genuinely funny and if you like to be all round entertained then I very much recommend that you grab a chance now to see this fabulous production of The Rise and Fall of Little Voice at Derby Theatre. Now could you please get the Shirley Bassey numbers out of my head!? 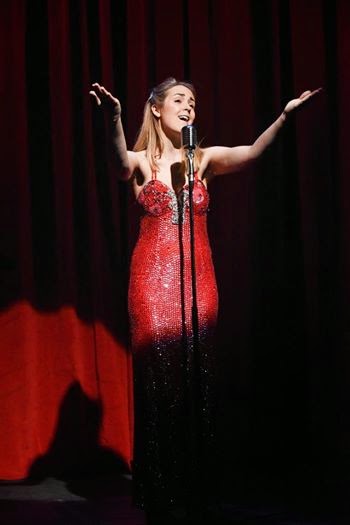