‘Solace of The Road’ at Derby Theatre ( until  14th March) is a gutsy reworking of Siobhan Dowd’s novel about Holly, a young girl in care on her journey across the country desperately hoping to find her real mum in Ireland. The stage adaptation is skilfully executed by playwright Mike Kenny and the creative realisation of the work is shown through the sterling work of director Sarah Brigham, her team of creatives, the technicians and the six versatile actors. If you are looking for an entertaining, inspiring and moving night out at the theatre look no further.

For those who love Siobahn Dowd’s original story they certainly won’t be disappointed. In fact they will be thrilled by what has been done overall in its magical transference to the Derby Theatre stage. You could say that it is like the original with extra theatrical meat. My sincere apologies to the character Vegan Phil for mentioning the M word.

The piece is perfect theatre. It has invention. It has class. It has pathos and it has a great deal of humour. Four of the six actors play twenty multiple roles in a fast changing storyline. These are Naomie Ackie, Neal Craig, Jack Finch and Polly Lister. All bring tremendous light and shade to the piece through their interpretations but special mention must be made towards the roles played by Polly Lister and Neal Craig. The subtleties they convey as they morph between Mam/Foster Mother Fiona, Denny and Ray plus other roles are master classes in acting. 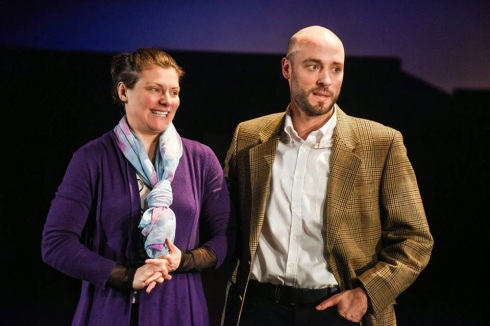 Rebecca Ryan plays Holly/Solace with great authenticity throughout the play and exudes just the right amount of sympathy as the vulnerable fourteen/fifteen year old on the run. As Solace in her confidence giving blonde wig Ryan still shows her character as a vulnerable girl desperate to be loved but far too capable of being exploited by some of the men she encounters on her journey. Luckily most of the male roles are sympathetic to her almost defenceless position in the world. 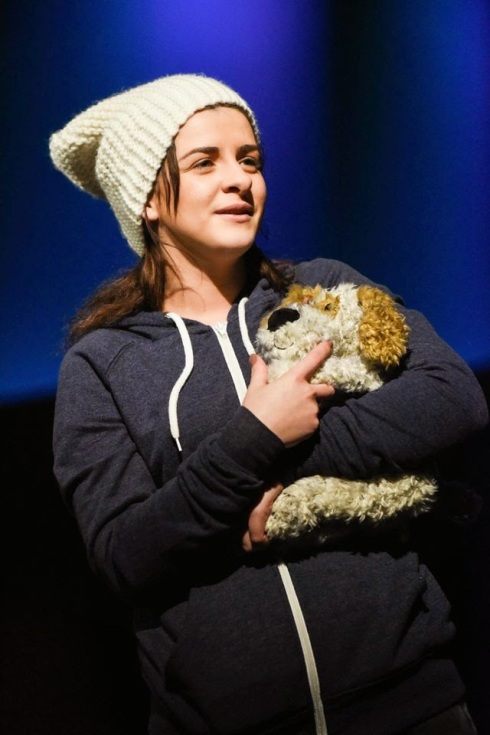 One of the most sympathetic characters is her key worker Miko played with warmth and affinity by Robert Vernon. Close to the beginning of the book Miko leaves the story to find his own successes in the world but in the play he remains as a visible guide in Holly’s head during her adventures. Again, differently to the book, we also find the influence of Holly’s former care home friends Trim and Grace (Naomie Ackie and Jack Finch) inhabiting the stage and offering their feelings, opinions and more. 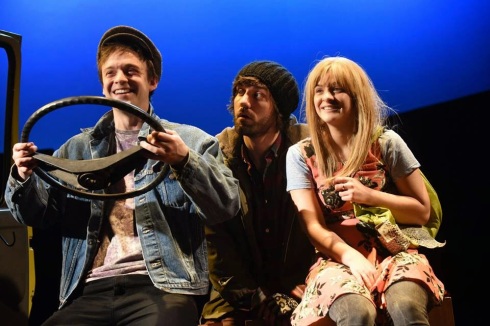 The set design by Barney George is deceptively simple but offers great scope for interpretation of time and place through the two main levels and hidden spaces coupled with the very inventive use of large props flown in as theatrical suggestions of environments. Even cars, haulage trucks and a speedy motorbike are featured in this show through clever suggestions of vehicles. All this and more are aided by wonderful lighting and sound by designers Alexandra Stafford (lighting design and composer/sound designer Ivan Stott.
Overall, a terrific piece of theatre that should prove a runaway success for DerbyTheatre commercially and in particular as a demonstration of excellence through Derby Theatre’s position and commitment to being a learning theatre.