With its dynamic quick change set, (Gary McCann) sharp than sharp music (MD Scott Alder) and super energetic performances from the entire ensemble, this Bill Kenwright/Robert Stigwood stage production of Saturday Night Fever truly does get the audience at Nottingham Theatre Royal up and dancing at the megamix finale. It’s a disco led mean streets New York drama with fantastic dancing, convincing acting and wonderful singing mainly from Jake Byrom, James Kenneth Haughan and Danny Knott as The Bee Gees, Maurice, Barry and Robin Gibb. Choreographer Bill Deamer’s work excels in this chock full of dancing show. The dancing is tight and a modern, but very recognisable take on those iconic dance moves from the film. 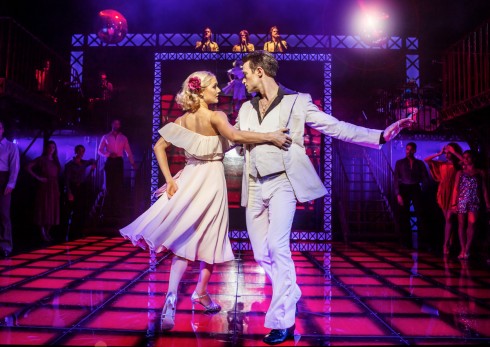 Richard Winsor gives us a serious minded, and at times vulnerable, Tony Manero whose dancing is seriously good and Winsor shows off his acting skills in the scenes with his caring mother (Melody E Jones) and negative attitude father Frank Senior (Grant Neal) as well. The complex relationship between Manero and upwardly mobile – name dropping – dancer Stephanie Mangano (Olivia Fines) compels and Fines’ singing voice is used well in her solo – with the Bee Gees – What Kind Of Fool. 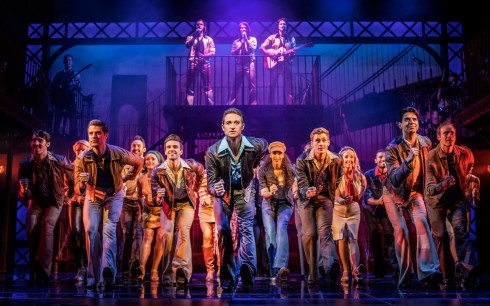 This audience love the live wire antics of the Club 2001 DJ Monty (Faizal Jaye) and at the other end of the dramatic spectrum the vulnerable Bobby C, as played by Will Luckett, who gives a tender and believable performance. Although his storyline is brief there is subtly done drama from Phil Mennell as the Catholic priest Frank Junior who is dissatisfied with the Catholic faith and chooses, much to his Catholic Italian parent’s dismay, to leave the church and start afresh.

The Saturday Night Fever story is about being accepted, about hidden talents being exploited by the talented themselves, such as Tony Manero’s love of dancing, and how he finds it difficult to move into unknown territory out of his peer group where he is admired. It’s also about Tony’s on off relationship with Annette splendidly played by Natasha Firth and how that contrasts with his attraction to Stephanie Mangano. Equally with the story of Stephanie Mangano, we discover a young woman who has moved away from Brooklyn to work in stylish Manhattan but still carries her own social concerns through a duel mask of aloofness and self expression through dance. In both characters we see conflicting natures of wanting to be tough yet the inner them aches for love and to succeed in this difficult New York 1970s community.

Even if you have never seen the film it is worth grabbing yourself a ticket or two to see this touring and vibrant production of Saturday Night Fever and thrill to the sound of the likes of Stayin’ Alive, Boogie Shoes, Night Fever, If I Can’t Have You, Nights On Broadway, You Should Be Dancing, Salsation, Jive Talking, Tragedy and How Deep Is Your Love. And once you are there just you try not getting up to dance at the end! 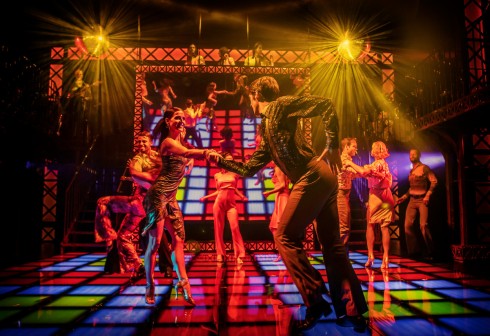