Skellig is a beautifully crafted, imaginative and gentle story by award-winning author David Almond which has been widely adapted.  Nottingham Playhouse presents this new production as part of it’s drive to provide more stimulating theatre for families and young people.  A world away from the noise and glitz of a panto or other more traditional avenues for children’s theatre, this production speaks to the heart and re-connects us with the world of childhood imagination. 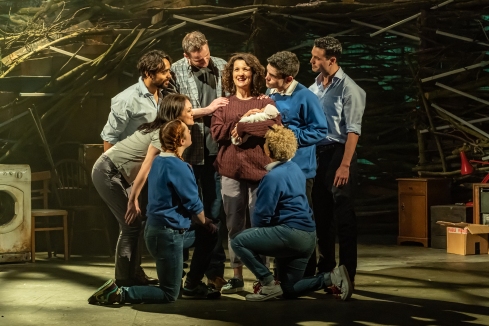 Twelve-year-old Michael has just moved house, his family are dealing with the early arrival of a new baby, who is unwell, and his friendships are changing.  Weaving the everyday with the imaginary, Skellig challenges us to decide where the boundaries lie.  The freedom and imagination of a child, unbound by rules and expectations, doesn’t require every loose end to be tied up but happily accepts being transported to a different world.  This production captures that sense of blossoming, of discovering the world with new eyes, of realising both the responsibility and constraints of everyday life, and also the incredible possibilities that are opened up.  It’s a story of family and friendship and of the complexity and beauty of the world. 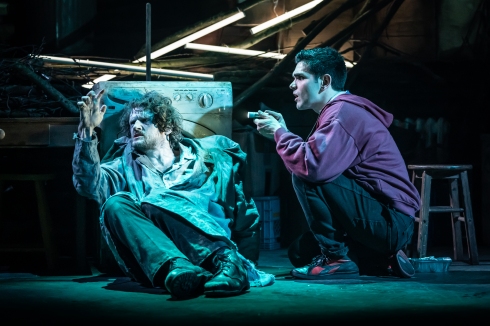 Michael’s relationship with his parents feels very real – there is love and fun, but also frustration and anger, and concern for his poorly baby sister.  His schoolmates tease him about a new friendship with the home-schooled Mina, a free spirit, admirer of William Blake and an inspiration to Michael.  Performed in a narrated style by the ensemble cast, with most taking on several roles, it feels like the words of the book come to life themselves, rather than it having been re-shaped in its adaptation.  Sam Swann and Kate Okello as Michael and Mina have a lovely sense of innocence and curiosity and take us with them on their adventure.  But this is a company working hand in hand, each actor part of the whole, and they create a real spirit of community in their performance. The cast are also responsible for stage and prop management, and this gives a sense of flow and movement, which allows the static set to feel dynamic.  The extraordinary set is fashioned like a nest out of sticks and organic materials, and then littered with suitcases, a bicycle wheel, boxes and bags of stuff, becoming garage and attic and garden all at once.  It is further transformed into a bus or a kitchen with the aid of a few movable props.  This chaotic jumble creates a wonderfully wild vision, like a den in the woods where adventure lies, but also holds the family and the friendships that develop in it, in its protection.  There are puppets; a dog, a cat and some owls, created from everyday found objects, but who are skilfully manipulated to look like they are alive.  These puppets add another quirky, cartoon-like layer to the complex scene. 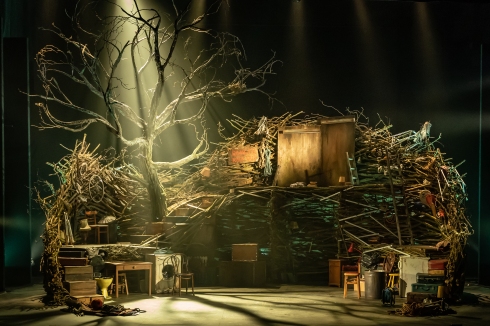 Skellig himself appears in the darkest corner of the garage, a filthy, half-dead creature, grouchy and fearful, suffering from arthritic pain.  With Michael’s help, regular supplies of his favourite Nos 27 and 53 from the local Chinese restaurant and some painkillers, he slowly recovers his health.  His full bird-like nature is revealed slowly and provides a real moment of magic – not flashy, not explosive, just a soaring feeling of being spiritually and literally uplifted.  Edward Harrison is the strange Skellig and maintains a mysterious air with his ramblings and repetitions, an intense performance. 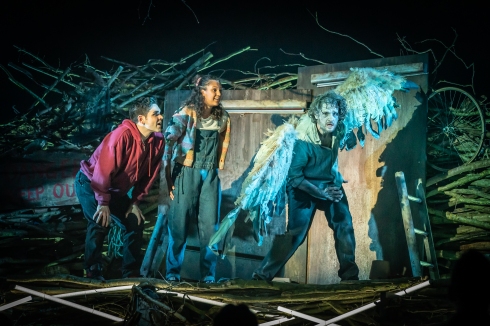 Directed by Lisa Blair, the production has a lyrical, dream-like quality which leaves questions open and allows space for the creative mind to fill in the details.  It is enchanting and other-worldly, but also reflects the joy and warmth of family and friendship.  A beautifully balanced tale, which will ignite the imagination of adults and children alike. 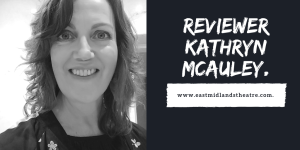