Leicester’s Curve and Birmingham Hippodrome today announce the full casting for their co-production of Oprah Winfrey’s hit Broadway musical, The Color Purple, based on the Pulitzer Prize-winning novel by Alice Walker. The production, the first to be created outside of London in the UK, will play at Curve, Leicester from 28th June – 13th July, followed by 16th – 20th July at Birmingham Hippodrome, with a national press night at Curve on Wednesday 3rd July at 7pm.

Leading the cast is Seyi Omooba in the role of heroine Celie. Her theatre credits include Hadestown (National Theatre); Crystal in Little Shop of Horrors (Regent’s Park); Martha in Spring Awakening (Hope Mill Theatre) and Tilly in Junkyard (Bristol Old Vic and UK Tour). She also played the role of Nettie in the Cadogan Hall production of The Color Purple.

Joining Seyi is Joanna Francis who plays jazz singer and preacher’s daughter, Shug Avery. Most recently Joanna played the role of Lois in Dusty (UK Tour). Joanna returns to Curve following alternating the role of Deloris Van Cartier in Sister Act in 2016. Her other credits include Elsa in The Harder They Come (Theatre Royal Stratford East and The Barbican Theatre/Birmingham Hippodrome) and alternate Dionne in Hair (The Vaults).

Following his recent roles of The Dryer and The Bus in the critically acclaimed Caroline or Change (Chichester, Hampstead and West End), Ako Mitchell joins The Color Purple as Celie’s abusive husband, Mister. His other theatre credits include Nicely-Nicely Johnson in Guys And Dolls (Manchester Royal Exchange), Eddie Mackrel in The Wild Party (The Other Place Theatre), Brooks in Grey Gardens (Southwark Playhouse), How To Succeed In Business Without Really Trying (Royal Festival Hall), Mitch in The 25th Annual Putnam County Spelling Bee (Donmar Warehouse), Eddie in Sister Act (London Palladium) and Mufasa in The Lion King (Lyceum Theatre). 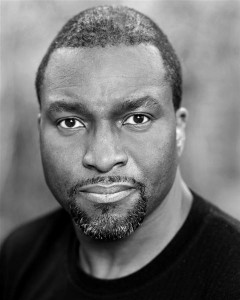 The show will be directed by Tinuke Craig, winner of the 2014 Genesis Future Directors Award. Tinuke’s recent credits include random/generations, a double bill of plays by Debbie Tucker Green at Chichester Festival Theatre and I Call my Brothers by Jonas Hassen Khemiri at the Gate Theatre.

The Color Purple is an unforgettable story told over the course of 40 years, which follows courageous heroine Celie, as she journeys through joy, despair, anguish and hope in her own personal awakening to discover her unique voice in the world.

With a profoundly evocative score drawing inspiration from jazz, ragtime, gospel and blues, this moving family chronicle set in racially divided southern America, celebrates life, love and the strength to stand up for who you are and what you believe in.

“Curve’s casting director Kay Magson and director Tinuke Craig have assembled an exceptional group of actors to create this Made at Curve and Birmingham Hippodrome co-production of the stunning musical The Color Purple. We are looking forward to welcoming them all to Leicester very much and know they will create something true, mind-blowing and beautiful.

“Seyi Omooba is an actress of immense power and she leads a formidable ensemble of astonishing talent; they are set to blow the roof off Leicester.”

“We’re very proud to be working on this co-production with our friends at Curve Leicester, and hope it’s the start of many more collaborations. I know that our audiences here in the West Midlands will find the powerful story and characters both socially and culturally relevant; and what an incredible cast and creative team has been assembled to tell it.  I can’t think of a better way to mark the Hippodrome’s 120th birthday than with our first main stage co-production.”

Tickets for The Color Purple are on sale now. Further details can be found online on www.curveonline.co.uk