Cilla the Musical is a dazzling gem of a musical: polished and shiny, it’s many facets reflecting the warmth of the nation for ‘our Cilla’. It’s pretty much a real-life fairytale, following Cilla’s transformation from office worker to international singing star and icon of the 1960s. And how fascinating to see it unfold, and to relive some of the most memorable of songs and groups to emerge from the Mersey music scene at the time. 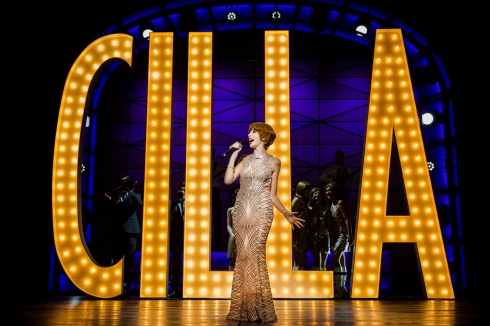 Based on the popular three-part TV drama series produced in 2014, the musical follows Cilla’s early music career. It’s the perfect vehicle for a musical, with ready-made hits, not only from Cilla but from many of Liverpool’s most famous exports – the Beatles, the Big Three, Gerry and the Pacemakers to name but a few. This melting pot of musicality and invention was quite unique, emerging as it did in the clubs of Liverpool. The infamous Cavern club is brought to life very convincingly with a triple-arched set giving a good impression of a dark basement, which with clever lighting also becomes a sort of ‘jukebox’ on stage, presenting the many songs.

The story begins, as that of many an aspiring young singer, with hairbrush microphone in hand and the dreams of making it big. The joy of the opening scene is how relaxed it is – all the cast are clearly so comfortable in their roles, they make us feel at ease, and within a few witty lines and the recognisable drawling Liverpool accent, we immediately warm to them. Cilla’s parents, dismissive of her show-biz dreams, are warmly portrayed as more than the stereotypes they could have been. Interestingly, the whole catholic/protestant divide, once such a part of division in society, seems like a distant and very outmoded memory. 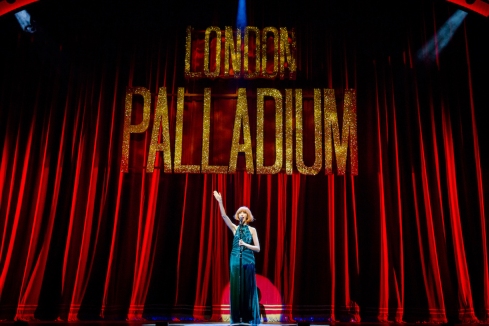 Kara Lily Hayworth is sensational as Cilla, bringing to life the warm, cheeky and at times rather imperious, Liverpool lass. From the opening scene, she is relaxed and pitch-perfect. She creates a funny, charming character we warm to and root for. Cilla’s voice was very distinctive and it would be inappropriate to copy her style exactly but Kara Lily has the most beautiful tone, clear as a bell, seemingly effortless, with a feel of latent power that is barely touched. One imagines she could shatter a chandelier if she so desired, without any effort at all being apparent.

The story continues at an open-mic spot at the local club and a schoolfriend, Richard Starkey (aka Ringo Starr), introducing her to Brian Epstein, the Manager of the Beatles. Epstein is depicted with great subtlety by Andrew Lancel, both visual and physical characteristics and expressions showing at turns Epstein’s drive and ambition, and then his edginess and discomfort in a society where his sexuality had to be hidden.

Bobby Willis, Cilla’s future husband is painted with skill by Alexander Patmore, a complex and restrained performance. But the focus is on Cilla and her best-selling, popular hits are given the full star treatment. The setting of a recording studio allows us to experience first-hand a ‘single-take’ performance which would be a rare occurrence today. ‘Anyone Who Had a Heart’ – her first No 1 in Feb 1964, closely followed by ‘You’re My World’, No 1 in May of the same year – are big and bold, soaring ballads with big ambitions. It is ‘Alfie’, somewhat softer and more dreamlike, which really shows the talent of Haworth and the depth of feeling in Cilla’s singing, which made her so popular. Bill Kenwright’s lovingly crafted musical is a fitting tribute to one of our ‘national treasures’ and a welcome reminder of the wealth of talent that emerged from 1960s Liverpool.