Abi is a companion piece to the current touring production of Abigail’s Party presently playing at Derby Theatre. It is extremely well directed by Sarah Brigham and inhabits a virtually stripped down set as the Abigail’s Party Moss household is cleared away leaving the stage to 15 year old character Abisheera (Safiyar Ingar). Around her are a fully stocked drinks trolley, a bright red sofa and sadly, the awful 1970s wallpaper remains as a visual echo of the past. This new venue is her Nan’s flat. The contemporary monologue concerns the modern life of Abisheera, grand-daughter of Abigail’s Party’s unseen but often spoken of, Abigail, teenage daughter of Sue. 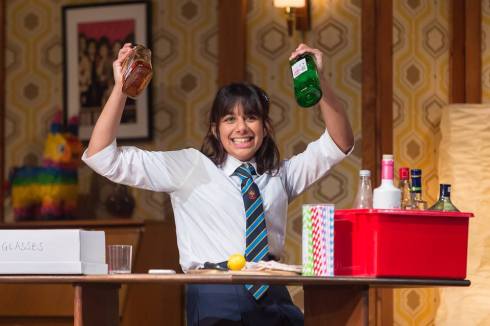 The writer is Atiha Sen Gupta and the Abi monologue is energetically and sensitively played by Ingar in an audible yet breathless teenager style verbal rush. The grand-daughter Abi is in the throws of preparing to host a get together of her own. She hopes that her planned party will get her beloved Nan back on her feet. Abisheera is also expecting to finally meet up with an older man called Luke who she has only met online. In doing so she gives us a lively discourse on the perils of increasing sexualization in the media, dubious online relationships and the pitfalls of Instagram and WhatsApp. The script is intelligent and often, rather cleverly, refers back to the happenings and references of Mike Leigh’s Abigail’s Party and it does so with well observed humour and occasional pathos. Upcoming talent Safiyar Ingar has been recently seen in Holes and Lava at Nottingham Playhouse. 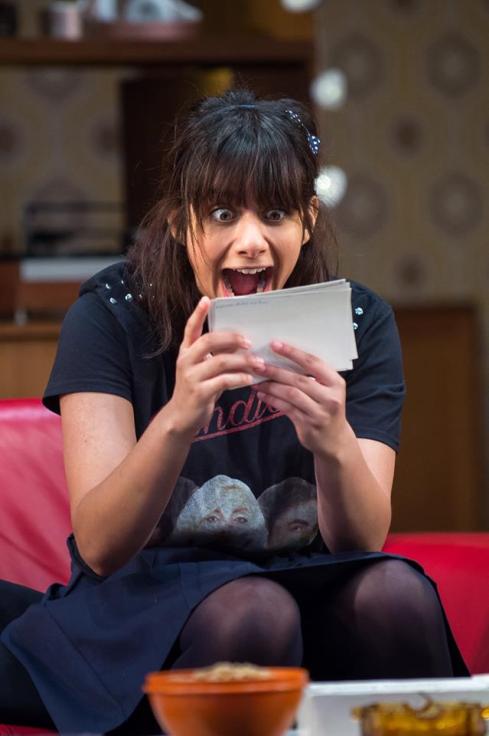 As there was conflict in Mike Leigh’s drama, Gupta’s script also brings in surface issues of inter-generational conflict and discusses aslant, the regrettable racism and misogyny of the 1970s and how the night of Abigail’s Party in 1977 has haunted the family but at the same time created a positive female role model for Abi. 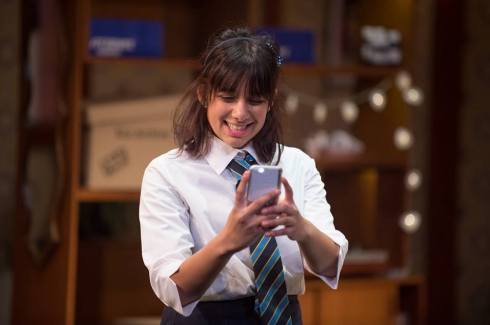 Abi primarily concentrates on the teenager’s likeability and energy and Ingar’s performance is powerful and funny and her personality proves much more sympathetic than any of Mike Leigh’s flawed characters. 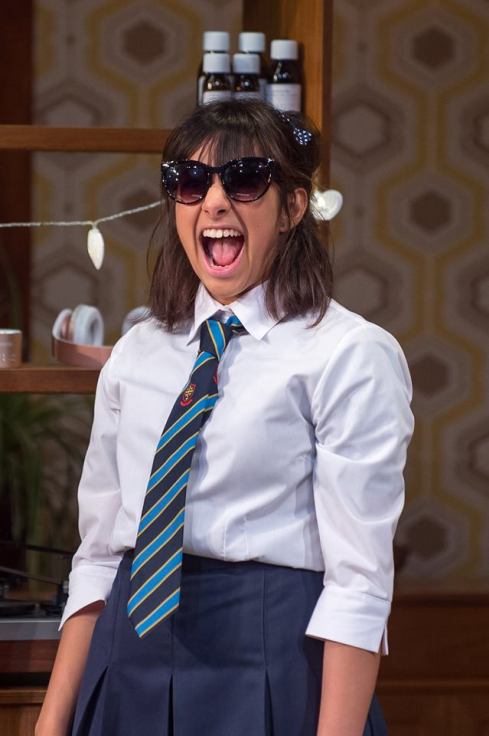 Through her tales and opinions we are drawn into the complex world of mother-daughter relationships and the life experiences of being a mixed race girl in 2018. Ingar totally embodies the characters she mentions in her lively storytelling and makes reference to some of the Abigail’s Party characters. Cheese and Onion Pringles have replaced cheesy pineapple ones and 1970s pop stars are brushed away by the talents of Rhianna and Bruno Mars but we are still on the same planet and enjoy spending sixty minutes in Abi’s magnetic orbit. Highly recommended. 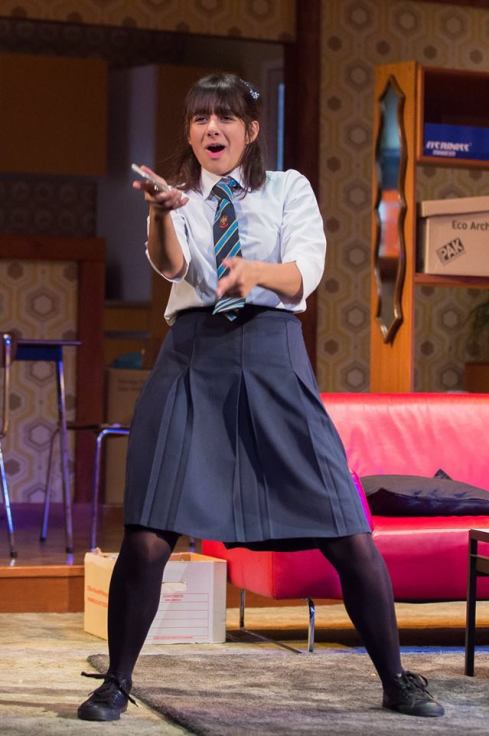 Abi is part of RETOLD: a series of new one woman plays commissioned by Derby Theatre and written by some of the most provocative female playwrights in contemporary British theatre, aiming to crack open classic tales and see the story afresh from the perspective of a female character.