Cameron Mackintosh announced today full casting for the forthcoming UK and Ireland tour of his acclaimed production of the Boublil and Schönberg musical LES MISÉRABLES playing at Curve 3 – 24 Nov.

Joining the previously announced Killian Donnelly as ‘Jean Valjean’ will be Nic Greenshields as ‘Javert’, Katie Hall as ‘Fantine’, Martin Ball as ‘Thénardier’, Sophie-Louise Dann as ‘Madame Thénardier’, Harry Apps as ‘Marius’, Tegan Bannister as ‘Eponine’, Will Richardson as ‘Enjolras’ and Bronwen Hanson as ‘Cosette’. 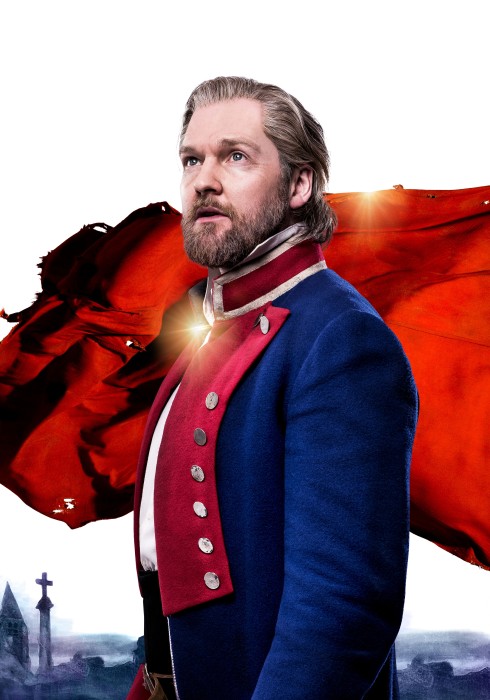 Nic Greenshields most recently appeared in Young Frankenstein at th

e Garrick Theatre. His many other West End credits include Les Misérables at both the Queen’s and Palace Theatres, The Phantom of the Opera at Her Majesty’s Theatre, Billy Elliot at the Victoria Palace Theatre and Miss Saigon at the Theatre Royal Drury Lane.

Katie Hall’s numerous credits include playing ‘Cosette’ in this production of Les Misérables in 2009. She has also played the role at the Queen’s Theatre and in the 25th Anniversary Concert at the O2. Her other credits include ‘Christine’ in The Phantom of the Opera at Her Majesty’s Theatre in the West End and on tour, ‘Johanna’ in Sweeney Todd at the London Coliseum and ‘Maria’ in the national tour of West Side Story.

Martin Ball has previously appeared as ‘Thénardier’ in Les Misérables at the Queen’s Theatre. His other West End credits include ‘Monsieur André’ in The Phantom of the Opera, ‘Harry’ in Mamma Mia! and the original cast of Wicked. He appeared as ‘Mr Banks’ in the first national tour of Mary Poppins. His other credits include Top Hat in both the West End and on tour.

Sophie-Louise Dann’s many West End credits include ’Celia’ in The Girls at the Phoenix Theatre (Olivier Award nomination), ‘Barbara Castle’ in Made in Dagenham at the Adelphi Theatre, Jolson at the Victoria Palace Theatre and ‘Diana Divane’ in Lend Me a Tenor at the Gielgud Theatre, for which she was nominated for an Olivier Award.

Harry Apps makes his professional debut as ‘Marius’ having successfully auditioned at the recent open auditions for the show.

Tegan Bannister’s West End credits include ‘Young Nala’ in The Lion King at the Lyceum Theatre and Les Misérables at the Queen’s Theatre.

Will Richardson has appeared as ‘Rum Tum Tugger’ in Cats and ‘Rolf’ in The Sound of Music, both on international tour.

Bronwen Hanson has appeared in Broken Wings at the Theatre Royal Haymarket. Whilst training her credits include ‘Sally Bowles’ in Cabaret.

Since Cameron Mackintosh first conceived this new production of Les Misérables in 2009 to celebrate the show’s 25th anniversary it has taken the world by storm. Originally touring the UK throughout 2009/10, and concluding with 22 performances at the Barbican, this production was hailed by audiences and critics alike. 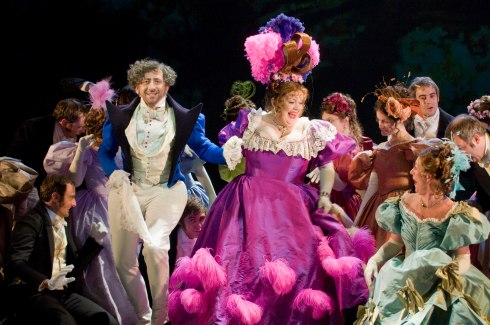 Based on Victor Hugo’s classic novel, Boublil and Schönberg’s magnificent score of Les Misérables includes the songs, “I Dreamed a Dream”, “On My Own”, “Stars”, “Bring Him Home”, “Do You Hear the People Sing?”, “One Day More”, “Empty Chairs at Empty Tables”, “Master Of The House” and many more.  Seen by over 120 million people worldwide in 45 countries and in 22 languages, Les Misérables is undisputedly one of the world’s most popular musicals.

Cameron Mackintosh’s production of Les Misérables is written by Alain Boublil and Claude-Michel Schönberg and is based on the novel by Victor Hugo. It has music by Claude-Michel Schönberg, lyrics by Herbert Kretzmer and original French text by Alain Boublil and Jean-Marc Natel, additional material by James Fenton and original adaptation by Trevor Nunn and John Caird. The original Les Misérables orchestrations are by John Cameron with new orchestrations by Christopher Jahnke, Stephen Metcalfe and Stephen Brooker. The production is directed by Laurence Connor and James Powell, designed by Matt Kinley inspired by the paintings of Victor Hugo with costumes by Andreane Neofitou and Christine Rowland, lighting by Paule Constable, sound by Mick Potter, musical staging by Michael Ashcroft and Geoffrey Garratt, projections by Fifty-Nine Productions and music supervision by Stephen Brooker and Graham Hurman. The London Production of Les Misérables continues to play at the Queen’s Theatre where it is currently booking until 2 March 2019. 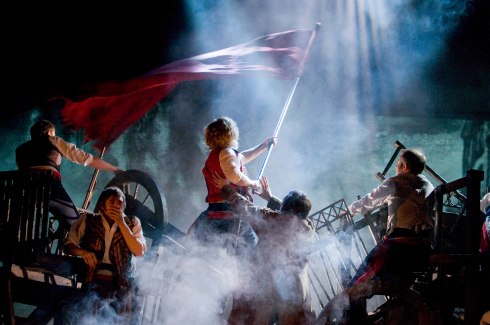