Skip to content
Posted on July 1, 2018 by philiplowe Posted in MusicalTagged An Officer and A Gentleman, Nottingham Theatre Royal

PRESENTED IN ASSOCIATION WITH PARAMOUNT PICTURES 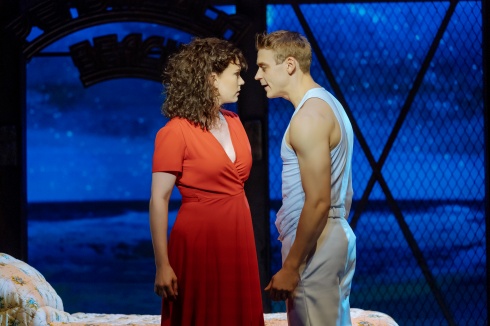 BASED ON THE ORIGINAL SCREENPLAY BY DOUGLAS DAY STEWART.

The World Premiere of “AN OFFICER AND A GENTLEMAN – THE MUSICAL” stars Emma Williams as ‘Paula Pokrifki’, Jonny Fines as ‘Zack Mayo’, Ray Shell as ‘Foley’, Ian McIntosh as ‘Sid Worley’ and Jessica Daley as ‘Lynette Pomeroy’. The production is currently playing at theatres across the UK and Ireland until 15 September 2018 and will visit the Theatre Royal Nottingham from 23 to 28 July 2018.

East Midlands Theatre Curve Theatre rave review of An Officer and A Gentleman. 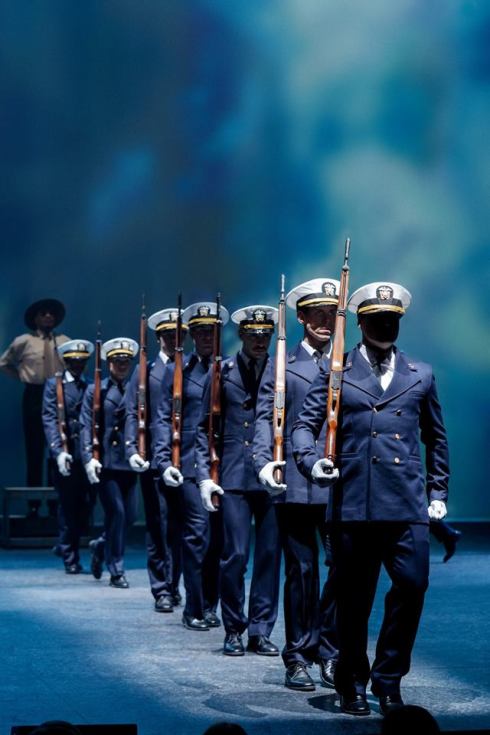 Nikolai Foster, Artistic Director of Curve and Director of ‘An Officer and Gentleman – The Musical’ said “Douglas Day Stewart wrote An Officer and a Gentleman in response to his time serving in the American Air Force and the challenges he faced during training. It is a visceral, uncompromising and ultimately tender portrait of these personal experiences and the lives of folk living near the training facility in the early 1980s.

“We are proud to have assembled such an accomplished company of actors, led by Emma, Ray, Jonny, Ian and Jess to create our production and realise this beautiful portrait of working class lives. All of us at Curve are excited to tell this story – set to a fantastic 80s playlist – and to be working with the talented team at Jamie Wilson Productions. Productions like this couldn’t be made without the support of our collaborators and we are thrilled to be working with Jamie and his team. Officer will certainly be a memorable moment in our theatre’s 10th birthday year.”

Four-time Laurence Olivier Award nominated actress Emma Williams will play ‘Paula Pokrifki’. Emma’s previous credits include ‘Truly Scrumptious’ in “Chitty Chitty Bang Bang”, “Mrs Henderson Presents” and “Love Story”, all in the West End. This year Emma won the What’s On Stage Award for Best Supporting Actress in a Musical for playing ‘Helen’ in Cameron Mackintosh’s revival of “Half A Sixpence” at the Noel Coward Theatre.

Jonny Fines will play the iconic role of ‘Zack Mayo’ – the role made famous by Richard Gere in the beloved 80s film. Jonny most recently played the role of ‘Rooster’ in the West End production of “Annie” at The Piccadilly Theatre. Other theatre credits include the UK Tours of “The Sound of Music” and “Avenue Q”.

Ray Shell will play ‘Foley’. Ray is probably most famous for creating the roles of ‘Rusty’ in “Starlight Express” and ‘Nomax’ in “Five Guys Named Moe”, both in the West End. His other theatre credits include the iconic productions of “Miss Saigon” and “Jesus Christ Superstar”. 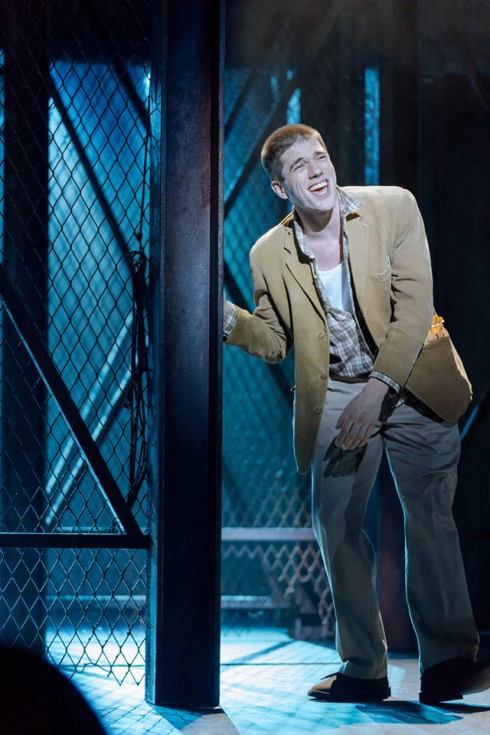 Ian McIntosh will play ‘Sid Worley’. Ian is an Olivier nominated actor for his role in the West End production of “Beautiful – The Carole King Musical”, his other credits include “The Commitments” and “Rock of Ages”.

Jessica Daley will play ‘Lynette Pomeroy’. Jessica was a finalist on the BBC 1’s “Over The Rainbow” and previous theatre credits include “Mamma Mia!” In the West End and the UK Tour of “The Sound of Music”. 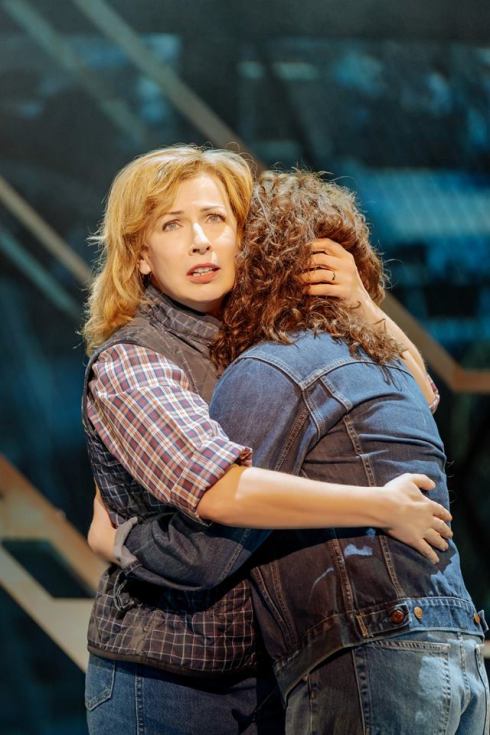 This brand-new musical is based on the 1982 Oscar-winning film starring Richard Gere which tells the story of Zack Mayo who is in training to become a US Navy Pilot. When Zack rolls into boot camp with a bit too much of a swagger, drill Sergeant Foley doesn’t make life easy for him. When he falls for local girl Paula Pokrifki and tragedy befalls his friend and fellow candidate, Zack realises the importance of love and friendship and finds the courage to be himself and win the heart of the woman he loves. It’s only then he can truly become both an Officer and a Gentleman.

The musical includes the hit song from the movie ‘Up Where We Belong’ along, with 80’s classics such as ‘Alone’, ‘Don’t Cry Out Loud’, ‘You’re the Voice’, ‘Girls Just Want to Have Fun’, ‘Heart of Glass’, ‘Toy Soldiers’ and ‘Material Girl’ and features one of the most iconic romantic scenes ever portrayed on screen.

“AN OFFICER AND A GENTLEMAN” is one of the highest grossing films of all time. The screenplay is by writer and director Douglas Day Stewart which was based on his personal experience as a Naval Officer Candidate. The book is co-written by Douglas and Sharleen Cooper Cohen. It is directed by Curve’s Artistic Director Nikolai Foster (“Annie”, “What the Butler Saw”, “Calamity Jane” and “Sunset Boulevard”), Choreographed by Kate Prince (Old Vic Associate Artist, “Everyone’s Talking About Jamie”, “Into The Hoods” and ZooNation), has Musical Supervision by Tony Award-winning Sarah Travis (Curve Associate Artist, “Sweeney Todd”, “Sister Act”) with Set and Costume design by Olivier Award nominated designer Michael Taylor (“The Winslow Boy”, “Scrooge the Musical” at Curve, “The Dresser”). Orchestrations are by George Dyer, Lighting Design is by Ben Cracknell, Sound Design by Tom Marshall and Video Design by Douglas O’Connell. 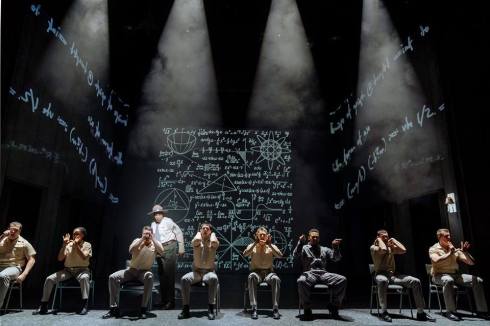 AN OFFICER AND A GENTLEMAN – THE MUSICAL