The stars of Piaf – which should have been performed at Nottingham Playhouse and Leeds Playhouse this month – have come together for an exclusive performance of Hymne a L’Amour.

Released to mark what should have been the press night of Piaf, the piece, initiated by Director Adam Penford and Musical Director Alex Parker, gives audiences an exclusive taste of what to expect from the postponed production.

The video was created long-distance as Covid-19 and the Atlantic Ocean has kept cast members apart. Performers include the Tony-nominated and Olivier Award-winning actress Jenna Russell (EastEnders, BBC, Sunday in the Park with George, Wyndham’s Theatre) who was due to play the title role, her friend Sally Ann Triplett (Last Ship on Broadway, Anything Goes at the National Theatre) who had been announced to play Toine and Sara Poyzer (Billy Elliot in the West End, Mamma Mia in the West End) who had taken the role of Marlene Dietrich.

Nottingham Playhouse has confirmed that, due to the coronavirus outbreak, Piaf will be postponed until May 2021 – with ticket holders being able to keep a hold of their ticket until final dates are released. It is anticipated that the cast will remain as previously announced. 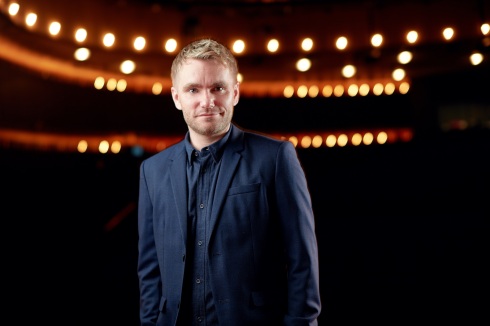 Adam Penford, Artistic Director of Nottingham Playhouse and Director of Piaf, said: “We were all disappointed when we had to delay Piaf as we’d been planning it for a long time and had put together a really terrific cast. Jenna and Sally are old friends who performed together in the late 1980s and they were particularly looking forward to working together again as Sally is now based in NYC. That’s when I got the idea of using technology to reunite them, alongside fellow Piaf cast member, Sara Poyzer. Three West End leading ladies singing a Piaf classic, and our talented Musical Director, Alex, made the magic happen.”

Pam Gems’ Piaf tells the extraordinary life story of the sensational, world-renowned singer Edith Piaf. The international star began singing on the streets of Paris and went on to have hits such as La Vie en Rose and Je Ne Regrette Rien.

This video from the cast of Piaf is just one way that Nottingham Playhouse has ‘gone digital’ after Coronavirus closed its doors in March 2020. This has included the releasing of singing and dance tutorials, putting its Family Fest online, a new Pen Pal scheme, the re-releasing of archive footage like its Mass Bolero. New episodes of its Podcast Nottingham Playcast have also been released in reaction to the global crisis, featuring nationally and internationally renowned creatives discussing their careers, processes and lockdown experiences.

In a bid to re-open its doors, it has also launched a new fundraising initiative called the Curtain Up appeal. To donate to this, head to: nottinghamplayhouse.co.uk/support/curtain-up-appeal/. 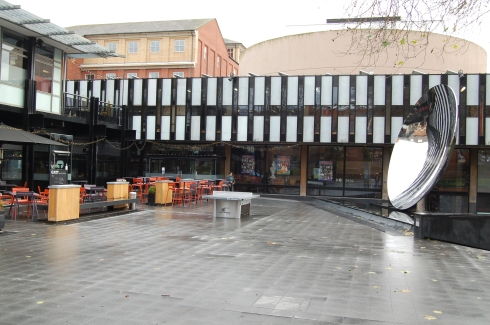