There are show overtures and there are show overtures and Mack & Mabel must have the most sensational musical preliminary to any musical. After a delightful mix of sweeping romantic tunes and electrifying jaunty numbers emanating from the pit and out across the already delighted and excited first night audience we can consider our appetites absolutely whet for the show to come.

With Christchurch Theatre Club’s current production at Loughborough Town Hall running until Saturday 1st February 2020, directed by Julie Easter, musically directed by Vicki Hing and choreographed by Michael Gamble with tap choreography from Frankie Johnson, we are assured of a great night’s entertainment. And of course all this wouldn’t be possible without a terrifically talented cast, crew and top class orchestra. 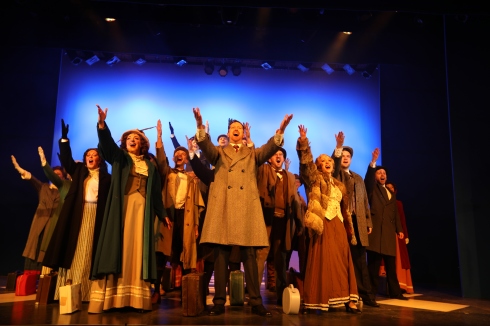 As always with a CTC production the commitment is 200% and this glorious offering of Mack & Mabel featuring music and lyrics from Jerry Herman and book by Michael Stewart is of the usual very high standard. With CTC it is always a thrill to see new members and established players given a chance to prove their worth on stage and tonight we are witness to Gareth Wynne’s compelling and confident Mack Sennett and Holly Easter’s enigmatic and vocally clear Mabel Normand. Their fine delivery of the first half songs Movies Were Movies, Look What Happened To Mabel, I Won’t Send Roses, Where Ever He Ain’t and the bathing beauties Hundreds Of Girls are worth the ticket money alone.

There is another definite stand-out performance in the character of Lottie Ames. She is played by Anja Zeman with sensational style, vocal guts and clarity. Magnetic stage energy simply pours out from this performer and boy can she sell her numbers! Her powerhouse renditions of Big Time (with the company) and Tap Your Troubles Away (with female ensemble) and her Keystone Kops acrobatics simply say ‘ highly professional’.

After the expository first half of the show the second act hots up physically with a genuinely funny and admirable Hit ‘Em On The Head Keystone Kops sequence and the aforementioned Tap Your Troubles Away. The larger company number, When Mabel Comes In The Room, enchants with its warmth and Wynne and Easter pull out the emotional stops with Time Heals Everything (Mabel) and the moving I Promise You A Happy Ending (Mack). 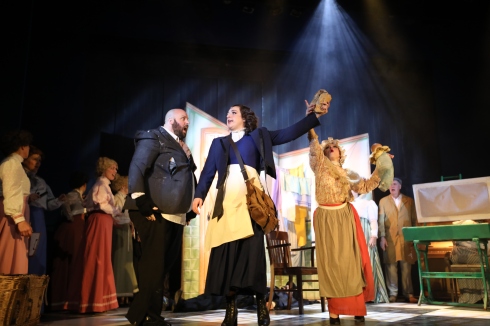 Well, if you have booked or are planning to see Mack & Mabel by Christchurch Theatre Club, from this night’s performance we can confidently promise you a highly worthwhile night at the theatre at Loughborough Town Hall.