Skip to content
Posted on November 19, 2019 by philiplowe Posted in #culturematters, arts council, theatreTagged The Gramophones

The Gramophones have received almost £60,000 from Arts Council England and the Lottery’s AWA fund to mount ground-breaking new aerial theatre show for families.

Aidy the Awesome is an aerial theatre show about 8-year old Aidy who discovers she is a superhero after her grandmother tells her a secret- all women in their family have super- powers. Aidy and her awesome granny embark on an adventure that will turn their worlds upside down. Aimed at 3-8year olds and their families, the show intends to highlight to young women that they too can be strong, resilient and empowered. 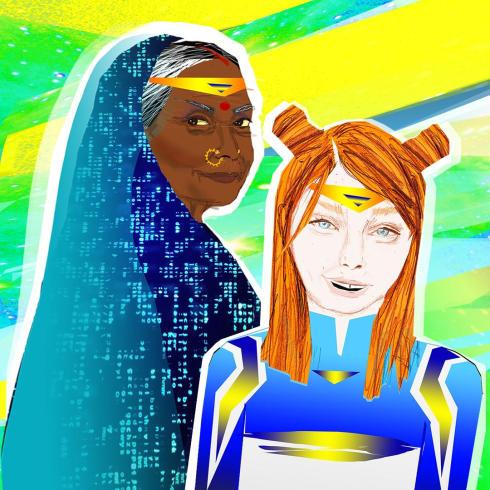 Hannah, Director and Creative Producer of Aidy the Awesome said: “This is an aerial theatre show with a strong narrative. We will develop it to perform both indoors and outdoors with an all-female cast of four, including an older female aerialist as the Grandmother, as we want to promote the idea that age is no barrier.”

Hannah continued, “According to the Guardian- children’s media and books are packed with gender stereotypes: princesses waiting for Prince Charming, fairies dressed in pink, and heroic characters that are almost invariably male. So we are keen to explore stories in which girls are protagonists in alternative feisty, funny and strong roles. We want to break down the princess archetype and offer young girls different role models to aspire to.”

Part of the funding will be used to create a series of participatory, intergenerational, free workshops with grandmothers and grandchildren (5-12year olds) at Nottingham Playhouse and other venues.  The workshops will explore how females are represented in stories, and importantly, how they’d like to be represented. Breaking down the ‘damsel in distress’ and ‘little old lady’ stereotypes and building strong relationships between different generations and communities.

The first workshops will run on November 30th and December the 14th, 10am-11.30am at Nottingham Playhouse.

On securing the funding, Hannah commented: “It’s so exciting to have been awarded funding to create this new show and workshops leading up to it. There aren’t enough stories with awesome female protagonists and I can’t wait to get started working on this and having real grandmothers and granddaughters to help shape it!”

The Gramophones will be working with Arts Depot, Curve, and Nottingham Playhouse as partners.

Aidy the Awesome will tour in 2020 to Lakeside Arts on the 26th July in Nottingham and Déda in Derby on the 31st July.

To find out more about the workshops and to get involved, please contact Hannah Stone,