We reviewed a fantastic touring production of Fleabag in May 2018 at Curve Leicester and the news of this special edition of the script prompted us to share with you a great special offer of the Nick Hern Books  published script and additional material.

In 2013, Fleabag made its debut as a one-woman show in sixty-seater venue the Big Belly, at the Edinburgh Festival Fringe’s Underbelly. It was an immediate hit, going on to enjoy two runs at London’s Soho Theatre, national and international tours, whilst picking up prizes including Critics’ Circle, The Stage, Fringe First and two Off West End Theatre Awards, plus an Olivier Award nomination.

The 2016 TV adaptation propelled Fleabag and Phoebe to worldwide fame, earning critical acclaim and further accolades including Writers’ Guild, Royal Television Society and BAFTA Television Awards. A second series, nominated for eleven Emmys, followed in 2019, along with a sold-out run of the original play in New York.

This special edition is released alongside Fleabag’s first West End run at Wyndham’s Theatre, London. It is introduced by Deborah Frances-White, stand-up comedian, writer and host of The Guilty Feminist podcast.

Throbs with a concentrated, combustible vitality… Fleabag keeps all contradictory shards and shades of feeling in play at the same time. That’s why it’s so gloriously disruptive. –The New York Times

Never has being a modern woman seemed so painfully funny, brutal, and hopeless all at once. –The Atlantic

Filthily funny… the character is a fascinatingly complex creation. –Guardian

The wonderful special edition of Fleabag released by Nick Hern Books records how a dedicated team worked on every beat in forensic detail, ensuring that a joke gets a laugh every time, that an audience gasp is repeated, or that every detail of the soundscape is spot on. Fleabag: The Special Edition gloriously celebrates the bond between Waller-Bridge and director/dramaturge Jones – a creative love affair for the ages. The published conversation between them is full of fascinating details about Fleabag’s journey from a 12-minute gamble via the Edinburgh Fringe and Soho Theatre to the West End… showcasing Waller-Bridge perfectly. –Broadway World

Phoebe Waller-Bridge is a multi-award-winning creative, garnering praise for her work as an actor, writer, creator and showrunner. 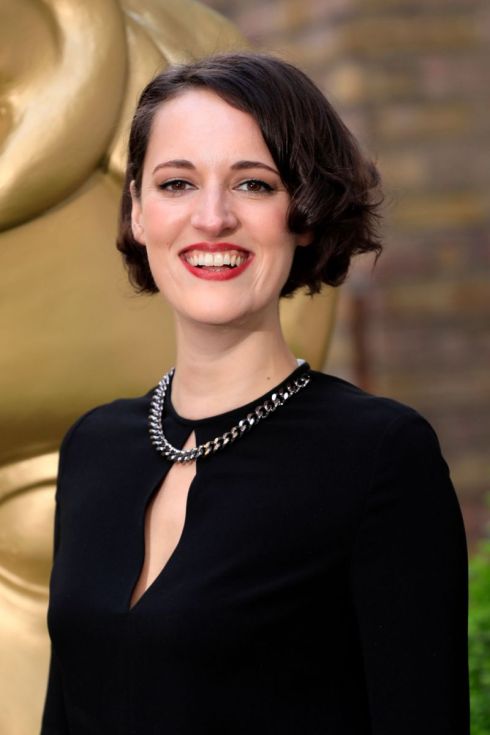 Following its smash debut at Edinburgh Festival Fringe in 2013, the London run of Waller-Bridge’s one-woman show Fleabag, which she wrote and performed, earned her an Olivier Award Nomination and a Critics’ Circle Theatre Award for Most Promising Playwright, among other accolades. She also received a Special Commendation from the Susan Smith Blackburn Prize on behalf of the play. On March 7, 2019, Waller-Bridge opened her one-woman show Off-Broadway at New York’s The SoHo Playhouse. The extended, sold-out run earned her a Drama League Award nomination for Distinguished Performance, a Lucille Lortel Award nomination for Outstanding Solo Show, and a Drama Desk Award nomination for Outstanding Solo Performance.

Fleabag was also adapted into a critically acclaimed television series, which earned Waller-Bridge a BAFTA Television Award for Best Female Performance in a Comedy Programme. The second season of Fleabag aired in the UK on BBC Three and on Amazon Prime in the US, receiving tremendous critical praise. The series recently received 11 Primetime Emmy Award nominations, including Best Comedy Series. Waller-Bridge was individually nominated in the categories of Outstanding Lead Actress in a Comedy Series and Outstanding Writing for a Comedy Series.

Waller-Bridge also garnered acclaim as the writer and showrunner of the first season of the celebrated BBC America television series Killing Eve, which stars Sandra Oh and Jodie Comer. The series earned Waller-Bridge a Golden Globe Award nomination for Best Drama Series, as well as an Emmy Award nomination for Outstanding Writing of a Drama Series. The first season recently won a Peabody Award in the Entertainment category, and was also nominated for 15 BAFTA Television Awards, for which it won Best Drama. Waller-Bridge serves solely as an Executive Producer on the second season of Killing Eve, which is airing now. BBC America recently renewed the series for a third season, which Waller-Bridge will Executive Produce.

In March 2019, HBO gave a series order to the eOne romantic comedic thriller Run, starring Merritt Wever and Domhnall Gleeson, written by Vicky Jones. Waller-Bridge will executive produce the series alongside Jones under DryWrite. Additional notable television credits include Crashing, which was her screenwriting debut, and Broadchurch.

Waller-Bridge is also Co-Artistic Director of DryWrite Theatre Company, an award-winning and Olivier nominated new-writing theatre company that challenges writers to work with specific briefs and goals to actively engage audiences. She is also a graduate of the Royal Academy of Dramatic Arts.

Our Amazon UK link to drama and poetry books. Great offers. Any purchase made through this link will help financially support East Midlands Theatre. Gratefully yours.