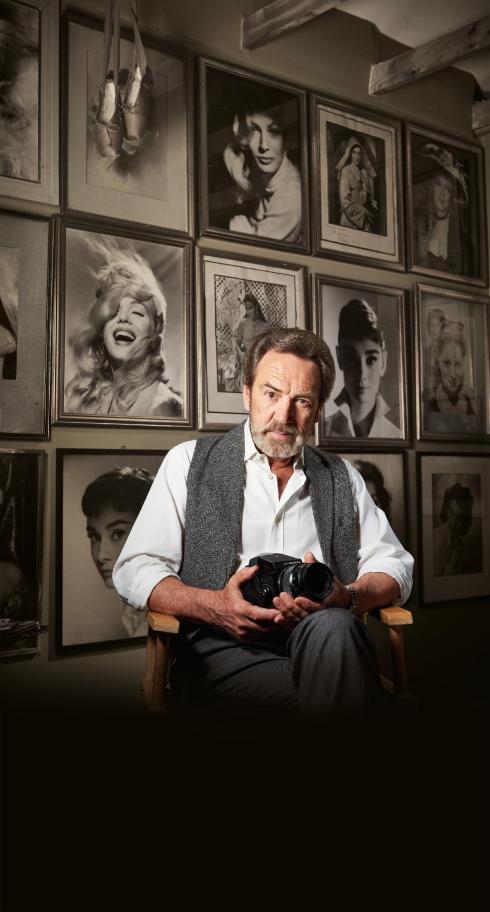 Following a sell-out run at London’s Hampstead Theatre, Terry Johnson’s Prism returns to the stage as part of a national tour with the ‘magnetic’ (The Guardian), ‘perfect’ (The Times) and ‘glorious’ (Mail on Sunday) Robert Lindsay reprising his role as the double Oscar-winning cinematic master Jack Cardiff, ‘the man who made women look beautiful’ (Vanity Fair).

‘The first time I held a prism and turned it to the light it did what the Impressionists struggled a lifetime to do; it embraced the light, split the light; it seemed to understand the very secret of light.’

Jack Cardiff has retired to the sleepy village of Denham, Buckinghamshire. His days of hard work – and play – on some of the most famous film sets in the world are now long behind him, as are his secret liaisons with some of the most famous women in the world… Surrounded by memorabilia from a lifetime of ‘painting with light’, the writing of an autobiography should be an easy matter – were it not that Jack would now rather live in the past than remember it…

Born in Ilkeston, Derbyshire, Robert Lindsay grew up in the local area, attending Gladstone Boys’ School and then enrolling in the drama department of Clarendon College in Nottingham. His visit to the Theatre Royal Nottingham with Prism in October 2019 will mark a rare return to the stage in his home city.

‘Robert Lindsay excels in his portrayal of this passionate, boozy character, who was famous for making his female stars look stunning on screen. Johnson ingeniously weaves Cardiff’s different realities into an engaging piece of theatre… Not just for movie buffs.’

‘a funny and absorbing play… who needs the movies when you’ve got theatre?’

‘Lindsay is amazing to watch. He evokes the casual charm that made Cardiff magnetic to the women he worked with as well as the professional obsessiveness that led him to experiment with prisms and seek to reproduce the textures of a Vermeer or Renoir on screen’

‘Robert Lindsay is in glorious, compelling form as the charmer who believed ‘life is temporary, film is forever’. His quicksilver performance lights up the stage.’

“It’s wonderful that Prism is having this further life.  It was a massive sell-out hit at Hampstead in 2017, and Terry’s fascinating play and Robert Lindsay’s brilliant performance are still talked about by our audiences.  So we’re delighted that people all over the country will have the opportunity to see what caused the excitement and to enjoy this very special piece of theatre.”

Recent television credits include Bounty Hunter, Genius, Galavant, The Marvellous World of Roald Dahl and My Family. His film credits include Grace of Monaco, Wimbledon, Fierce Creatures, Divorcing Jack and Remember Me?

As Director, his work includes Prism; a revival of Hysteria as well as Uncle Vanya, Race; Old Money; Seminar and The Memory of Water (all for Hampstead Theatre), Oh! What a Lovely War and Fings Ain’t What They Used T’Be (both Theatre Royal, Stratford East, marking the 50th Anniversary of Joan Littlewood’s Theatre Workshop); Lost Land and The Libertine (both Steppenwolf Theatre, Chicago) and Dumb Show (Royal Court).  West End and Broadway directing work includes The Duck House; End of the Rainbow; La Cage aux Folles; Rain Man and One Flew Over the Cuckoo’s Nest. Work for television includes Not Only But Always (which won five International Award nominations, Best Film at Banff and the Best Actor Bafta for Rhys Ifans).

The commissioning of Prism was funded by NEXT DECADE, a joint Hampstead Theatre/AKO Foundation initiative. The original production was generously supported by Lin and Ken Craig.