Life as in art, or art as in life, or even the art of Live Art, is often shown to us as an abstract imitation. This element of abstraction can serve to elucidate or confuse and even both, sometimes deliberately. Each artistic circumstance can have its benefits and downfalls dependent on the individual audience member’s cultural understandings and acceptance of the presentation style. At best, theatrical Live Art, say in the case of The Wooster Group in the 1980s or the more contemporary Berlin based collective Gob Squad, we discover our senses and perceptions being challenged through a glorious mix of theatre, media and real life. Their ultimate strength is in their sense of humour as well as their artistic passions. Humour draws on gaps and distance from social conventions. Like theatre it is always transgressive. 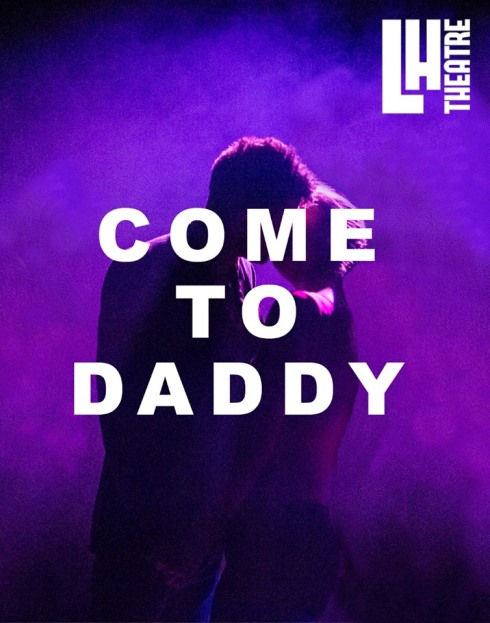 Living House Theatre’s new work Come To Daddy has lots to recommend it as a Live Art piece that reflects on Fatherhood, Art, The Past, The minutiae of The Present, Death and The Future. The company themselves call the piece a sprawling tidal wave of a show. The creation has also been influenced in its early form by the Polish director Tadeusz Kantor (1915-1990). Kantor initiated the interest in Absurdist drama and one of his best known productions was The Dead Class. Kantor himself remained on stage throughout the piece conducting the actors, music and overall pacing. He was concerned with piecing together fragments and illusions to form a whole drama or work of theatrical art. Even in its time it would have appeared bizarre and revolutionary. A living work of art.

Come To Daddy certainly plays with fragments and illusions exceptionally well once the initial too slow paced dialogue to microphone develops into a faster and more visually comprehensive melange of happenings. The stage in general, is used with great creativity coupled with inventive costumes and there is superb focus and maturity from all of the large cast of players. Particularly strong are the fashion parade inspired scenes, the floating screens, the drawn-out procession or moving tableaux of near naked bodies (very well assembled and choreographed) and the death by suffocation scene.

Construction and deconstruction (the art world’s most favoured definitions) strongly play their part in Come To Daddy and one of the later poetic aural pieces about daddy coming home full of temperament and unpredictability is especially alarming with its undercurrents of sexual violence. We loved the background half lit groupings and creative use of portraiture lighting making the whole stage picture quite eerie.

Music plays a strong part in creating atmospheres and the piece includes Ri Ri by Young Thug, The Less I Know The Better by Tame Impala, Sicko Cell by Joy Orbison and Aprés un Rève by Gabriel Fauré. All other sound is composed and created by Sammi Metcalf and Darius McFarlane.

Whether the artistic proposal that Come To Daddy clearly demonstrates Living House Theatre’s aim to present a show that deconstructs male power in the art world is highly debatable. Fascinating though the male figures are in their evolving world events related and Lakeside Arts Theatre staged continuum, almost too many things are going on throughout to give an obvious clarity to that premise and promise of emasculating ideas. Aspects of integrated humour even self depreciating are only minimally placed with the piece. With other Live Art company’s works what gives them the edge is the application of often ironic comedy in putting their socio-political points across.

What is very evident however,  is the intelligence and artistic rigour that has created this work and the passion with which it is presented. If this is an example of their first theatrical outing we most definitely look forward to seeing the future works of Living House Theatre nationally or even internationally.