The world premiere production of Captain Corelli’s Mandolin opens at Curve on Sat 13 Apr and plays until Sat 20 Apr.

Based on Louis de Bernières’ best-selling novel, Captain Corelli’s Mandolin is set in 1941 Cephalonia and tells the story of an enigmatic young Italian Officer, Captain Corelli, who is sent to the Greek Island as part of the occupying forces. Shunned by the locals at first, he proves himself to be civilised, humorous and a consummate musician. The Captain is soon thrown together with Dr Iannis’ strong-willed and beautiful daughter Pelagia who discovers all of the complexities of love, and how it can blossom in the most unexpected and profound way.

As author of one of the best-selling novels of all time, Louis de Bernières is a literary hero to many. But for all his talent as a writer, it is actually thanks to an ex-girlfriend getting cheesed off with his choice of holiday destination that the famous story exists at all.

“In my summer holidays I used to drive around France in my Morris Minor, going from campsite to campsite. After a few years my girlfriend at the time got fed up and wanted to go somewhere else. I told her to arrange something, and so she did.”

Opting for Cephalonia, a Greek island that was all but devastated by four earthquakes in 1953 (the largest measured 7.3 on the Richter Scale), his ex-unwittingly introduced de Bernières to the setting for Captain Corelli’s Mandolin. It was, however, the earthquake that initially appealed as a narrative. 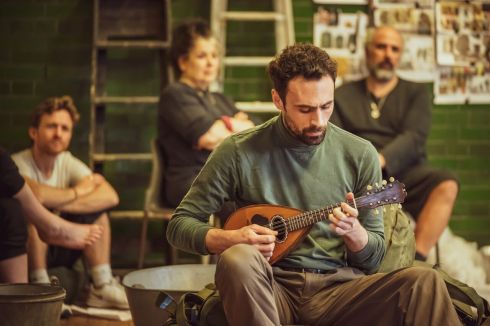 “One of the first things you hear on a tourist bus there is someone talking about the earthquake, because they want to explain why there is no architecture. It pricked my ears up because I like novels with big dramatic events and I had never done an earthquake before, but then I found out that the island had been occupied by the Italians during the war. There were lots of romances between Italian soldiers and Greek girls and it seemed to me that there was a Romeo and Juliet story just waiting to be told.”

And so tell it he did. Brilliantly. Winning a clutch of prestigious awards, including the Commonwealth Writers’ Prize, and scorching up the bestseller chart, a film starring Nicolas Cage and Penélope Cruz followed. The story endured. Now, twenty-five years after publication, the first major stage production is set to tour.

Once more bringing to life the epic love story set during the Italian and German occupation of the island in World War II, Captain Corelli’s Mandolin follows the lives of Dr Iannis, his beautiful, strong-willed daughter Pelagia and the Italian Captain Antonio Corelli. An accomplished musician who is posted to the island as part of the occupying forces, in time Corelli becomes accepted by the community. But when the doctor’s daughter’s letters to her fiancé – a member of the underground – go unanswered, the working of the eternal triangle seems inevitable.

“I’ll certainly be there on opening night and I expect there will be a moment of apprehension when I am wondering if the vision of the director is anything like mine,” he confesses.

“What I hope is that Mel [Olivier and Tony Award nominee Melly Still] will draw me into the narrative as if I hadn’t written it. The last script that I saw was very faithful to the book and obviously that is the way I prefer it,” he says, adding that having seen an early workshop he feels both reassured and optimistic about the finished play.

Promising to be a beautifully atmospheric and visually stunning production, de Bernières can also rest easy knowing that the adaptation is in the experienced hands of Golden Globe and BAFTA Award nominee Rona Munro. Also blessed with a talented ensemble cast, with Alex Mugnaioni in the title role, I ask if he has ever swapped writing lines for saying them and trodden the boards himself. 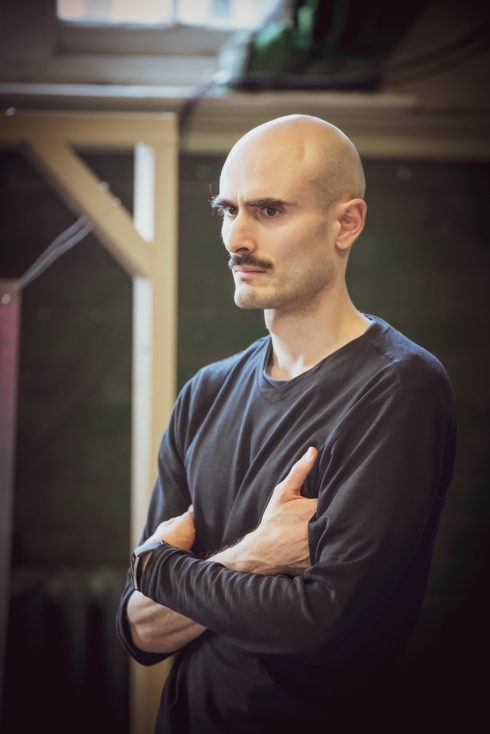 “I wrote a play about Handel for a single actor and a chamber orchestra and they couldn’t get anyone else to do it, so I played Handel. I did it pretty well, I think,” he muses, “but I suffer from imposter syndrome. You often feel like that in the arts – I’m still expecting to be found out.”

But while his self-belief may be prone to the occasional wobble, his certainty about how he hopes audiences will respond to the production is firmly settled.

“The important thing is that people feel moved. You don’t have to feel happy or sad; just to feel something; to identify with the characters. That’s why you learn so much from the arts. That virtual experience teaches us things like empathy. It is the quality of the experience that matters.
The arts are a way of accidently picking up an awful lot of information. At the age of four my son knew what a mangle was because he’d seen one on a story book. Randomly, these things add up to a huge amount of experience – to know what it is to feel great jealousy because you have been watching Othello, for instance – and the arts link you to your cultural history and teach you what it is to be human; you become more a member of the human race than you were before.”

Despairing of statisticians and schools that are pressured into setting “huge vague goals”, he would, he says, prefer it if the government butted out of the arts in favour of a more grass roots movement.

“But I do think that the arts should be very highly valued in schools,” he says, highlighting painting or drawing as an example of how art can teach skills that go way beyond the those of how to shade, blend colour and produce a half-decent still life.

“There are so many ways of perceiving the world. If you paint and create your own images, then you start seeing the world from different perspectives.”

As for Captain Corelli’s Mandolin, while he is delighted that the play is happening, he hopes that it won’t be the final incarnation of his story.

“I actually always thought it could make a great musical. I hope it will be one day. There is so much music from that region.”

And with a twinkle in his eye he tells me about another proposition that he has for producers: “My novel The Partisan’s Daughter would only require about four actors and would be incredibly cheap to put on.”

Theatrical Angels take note. But, in the meantime, head for the box office and book tickets for the truly glorious Captain Corelli.

Captain Corelli’s Mandolin is at Curve Theatre from Sat 13 Apr to Sat 20 Apr.