Groups of passionate young theatre makers are gearing up to take over Curve and venues across Leicester city as part of National Student Drama Festival (NSDF).

From Sat 13 Apr to Fri 19 Apr, over 400 people between the ages of 16 and 25 will come to the city to showcase their work, take part in workshops and classes and try something new. Curve, one of the UK’s leading producing theatres and a registered charity with a commitment to developing new artistic talent will lead the way as a festival host, with City Hall, Leicester Cathedral, Leicester Adult Education Centre, Mercure Grand Hotel, 2Funky Music Café and the Sue Townsend Theatre are also welcoming participants across the week.

“All of us at Curve strive to create theatre that is provocative, entertaining and inspiring. Young people, new work and collaboration sit at the heart of our organisation and we are proud Leicester is hosting the prestigious NSDF. We are thrilled to be working with this terrific team and would like to extend a very warm welcome to all of the students and practitioners from across the UK, who are our guests for what promises to be an incredible season.

“We are looking forward to seeing the work across the festival and know it will inspire our Leicester audiences and all who work in our theatre.”

“Leicester is home to a thriving arts and cultural scene, and with one of the youngest populations in the UK is the perfect city to host this exciting festival.

“We are delighted that our city will be home for a week to some of the best up and coming talent in the theatre world, as well as the many leading directors, producers and artists who will be working with them. We hope they enjoy their experience of Curve and Leicester, and look forward to welcoming them on many return visits in the future.”

“We’re thrilled to be bringing NSDF to Leicester, especially with one of the biggest and broadest workshop programmes in NSDF’s sixty-year history. It’s very exciting to be able to welcome artists like Harriet Walter, Joan Iyiola, April De Angelis, Timberlake Wertenbaker and so many others to the Festival this year, alongside the best student theatre in the UK. It’s going to be an incredible week.”

Selected shows to be performed at NSDF 19 include How To Save a Rock, a devised show with zero carbon footprint from Pigfoot Theatre in Oxford, Gary Owen’s Killology, a production by Durham University’s Fourth Wall Theatre and Things We Do Not Know, a piece of spoken-word theatre created by Process Theatre in association with Bristol-based charity One25. 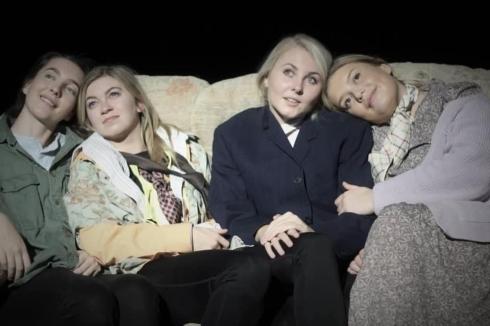 Wayne Jackson, a member of Manchester’s Arden School of Theatre, will be presenting a Gogglebox inspired piece called Are You Still Watching? At the festival, in collaboration with Eggs Collective. He said:

“We are incredibly excited to perform at Curve for NSDF ’19; our show is vibrant and different and will fit really well within this innovative space.  Also, this is the first time that The Arden has been represented at NSDF and we are thrilled to be able to perform at such a beautiful theatre.”

To find out more about Curve, visit www.curveonline.co.uk