THE WORLDWIDE SMASH HIT MUSICAL MAMMA MIA! WILL RETURN TO THE ROYAL CONCERT HALL NOTTINGHAM  FROM 24 MARCH TO 4 APRIL 2020 AS PART OF THE MAMMA MIA! UK TOUR

ON GENERAL SALE FRIDAY 22 MARCH 9am

The sensational feel-good musical MAMMA MIA! will return to the Royal Concert Hall Nottingham for a two-week run from Tuesday 24 March to Saturday 4 April 2020 as part of a UK Tour celebrating 20 years since MAMMA MIA! premiered in London in April 1999. 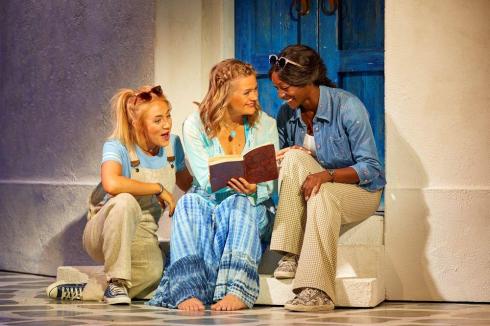 ‘A dazzling good night out’ Nottingham Post, June 2016
‘One of the most vibrant and entertaining musicals to have graced any stage’ Burton Mail, June 2016

From West End to global phenomenon, MAMMA MIA! is Judy Craymer’s ingenious vision of staging the story-telling magic of ABBA’s timeless songs with a sunny, funny tale of a mother, a daughter and three possible dads unfolding on a Greek island idyll.

To date, it has been seen by over 60 million people in 50 productions in 16 different languages.  In 2011 it became the first Western musical ever to be staged in Mandarin in the People’s Republic of China.  MAMMA MIA! became the 8th longest running show in Broadway history where it played a record-breaking run for 14 years. MAMMA MIA! continues to thrill audiences in London’s West End at the Novello Theatre where it will celebrate its 20th Anniversary on 6 April 2019. 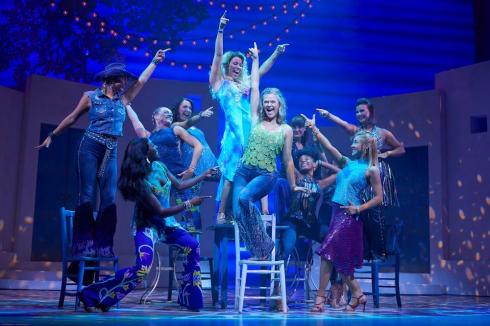 Produced by Judy Craymer, MAMMA MIA! The Movie became the highest grossing live action musical film of all time upon its release in 2008.  A second film, MAMMA MIA! HERE WE GO AGAIN, opened in July 2018 and is the most successful live musical movie sequel of all time.

Judy Craymer, Creator and Producer of MAMMA MIA!, said: “We are thrilled to announce that MAMMA MIA! will be returning to Nottingham as part of the 20th year anniversary celebrations since the show first opened in London’s West End. It’s a wonderful opportunity to celebrate this anniversary with the audiences of Nottingham, and we can’t wait to see them enjoying the joyous story and much-loved music of ABBA.”
With music & lyrics by Benny Andersson & Björn Ulvaeus, MAMMA MIA! is written by Catherine Johnson, directed by Phyllida Lloyd and choreographed by Anthony Van Laast. The production is designed by Mark Thompson, with lighting design by Howard Harrison, sound design by Andrew Bruce & Bobby Aitken, and musical supervision, additional material & arrangements by Martin Koch.

The MAMMA MIA! UK Tour is produced by Judy Craymer, Richard East & Björn Ulvaeus for Littlestar in association with Universal and NGM.