“When we go epic we go small” – so say Maison Foo regarding part of their inventive and playful style of presenting a show. And what an epic A Thing Mislaid is as it all unfolds on a tiny playing space of circles, boxes, miniature models and a screen. 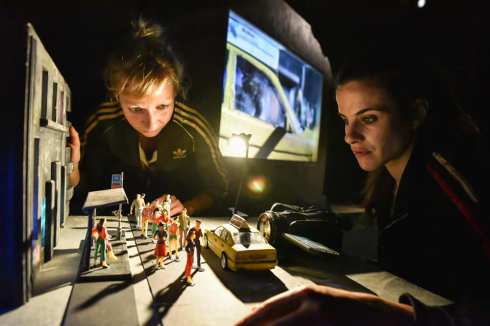 The adventures on stage are those of Flee (Teele Uustani) and Wander (Raquel Pereira) – two unlikely friends – one escaping from a war torn country that was once her home and other escaping from a life full of overwhelm and uncertainty. Both meet in that unknown land of somewhere between a former home and a new home. With Maison Foo the performers Uustani and Pereira have both been creative collaborators on the piece and have brought incidences from their own lives into the work as well as developing creative ideas based on relatable tales from life in general. The play is co-created, directed and written by Bethany Sheldon and Kathryn Lowe. 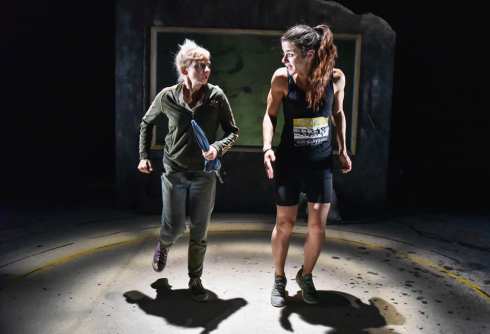 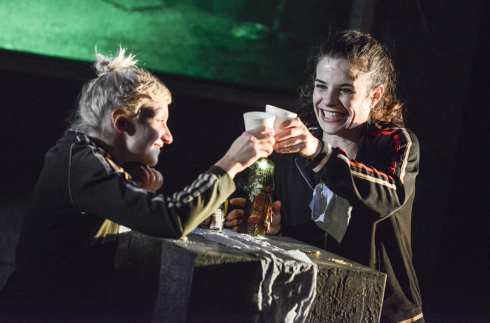 Not only does the show and its themes celebrate the journeys of Flee and Wander but it also celebrates family journeys of migrants and refugees and in its creation has brought together many different people from many different places of origin. The Maison Foo team themselves have family roots in Iran, Estonia, Portugal, Ireland, Italy, Saudi Arabia, England, Poland, Romania and Russia. During the tour Maison Foo have been working with Derby Theatre, Derby Refugee Advice Centre and Journeys Festival. 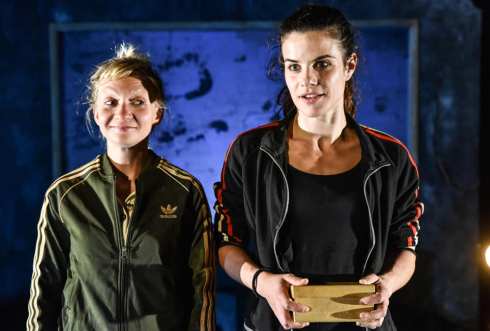 On their tour so far the show has been welcomed by established and migrant families and seen as a non traumatic way of recognising something of their own fears and hopes in the safe sanctuary space of the theatre. From isolation has come integration. 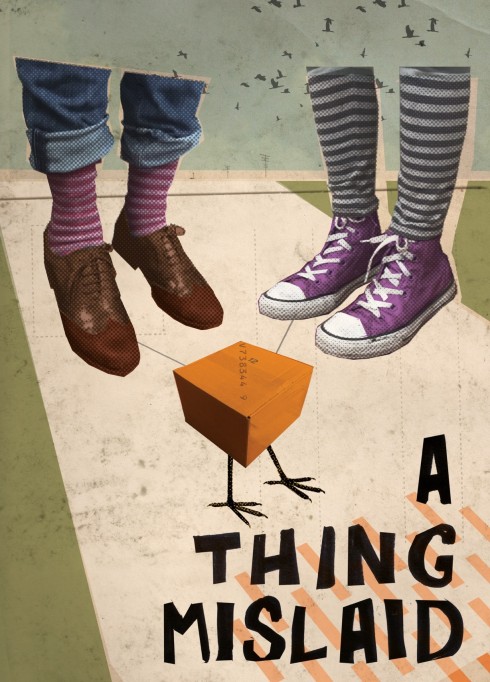 The playing style of A Thing Mislaid is highly visual, about repel and attract, about escape and hope and about settling and putting old fears and lies behind whilst treasuring memories. Throughout the beautifully told show Flee and Wander are in charge of a bird in a box. Their ambition is to allow the bird to go free but to be in the safe bosom of its parents and its flock not just released on an aimless journey. Hope is key. 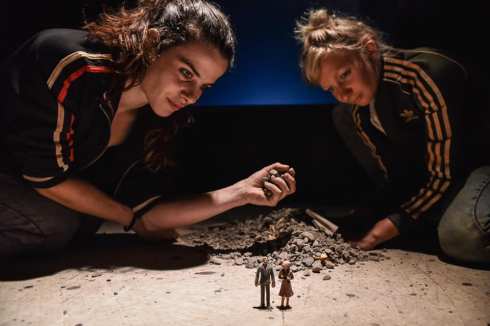 As a non-naturalistic play we can relate more to ‘events’ unfolding because of their universal absurdity. With charismatic Uustani and Pereira’s energetic playful style of performing in general coupled with the miniature puppetry deeply incorporated into the work the stories have more impact than a verbatim style of showing. At times it is intensely moving and truly representative of the theatrical ideal of showing not telling. A Thing Mislaid is a delightful mix of dreamlike and reality unfolding on stage with a real thought provoking emotional heart.