FOLLOWING rave reviews from critics and audiences Nottingham Playhouse has revealed that Wonderland will be returning to the theatre as part of the 2019 season, prior to a run at Northern Stage in Newcastle. 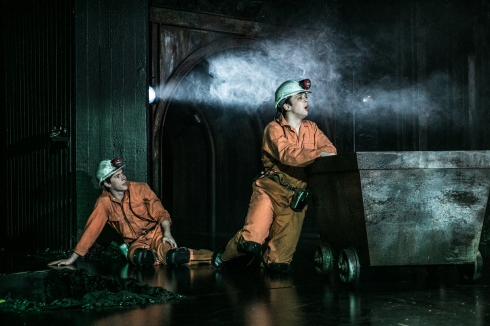 Ahead of the full Spring 2019 season announcement on 15 October, Nottingham Playhouse has confirmed that the play based on the miners’ strike in Nottingham will be returning to the venue for a second leg in February (Friday 8 – Saturday 23), before heading to Northern Stage in Newcastle from Wednesday 27 February through to Saturday 9 March.

Written by the daughter of a Nottinghamshire miner Beth Steel, Wonderland was the first in a string of highly successful shows for Adam Penford’s debut season as artistic director at the Playhouse and its set designer Morgan Large has since been nominated for a UK Theatre Award for his ambitious Wonderland set design.

Adam said: “We had an overwhelming response to Wonderland earlier this year, with standing ovations every night, and audiences have constantly been calling for its return. I’m thrilled we’ve been able to make that happen and also to take the production to Newcastle, another city where I’m sure it will resonate just as strongly.

“The story produced a passionate response in audiences, both tears and laughter, irrespective of whether they lived through that period in our history or are just learning about it. Beth’s play is a masterwork, full of gritty dialogue, larger-than-life characters, plus songs and movement – it’s great to be giving further life to a local writer’s work.”

Matt Runham, Northern Stage senior producer said: “Building on the recent success of co-productions East is East and Noises Off, we’re excited to be working with Nottingham Playhouse again to bring Wonderland to Newcastle as part of our Spring 2019 season.

“People in the North East know only too well how the pit closures affected local communities so we think this gripping story of the events leading up to the miner’s strike will resonate with our audience.

“Designer Morgan Large’s stunning set design was widely praised by critics, so we’re not surprised to hear it has just been nominated for Best Design at the UK Theatre Awards and we can’t wait to see Wonderland on our main stage.” 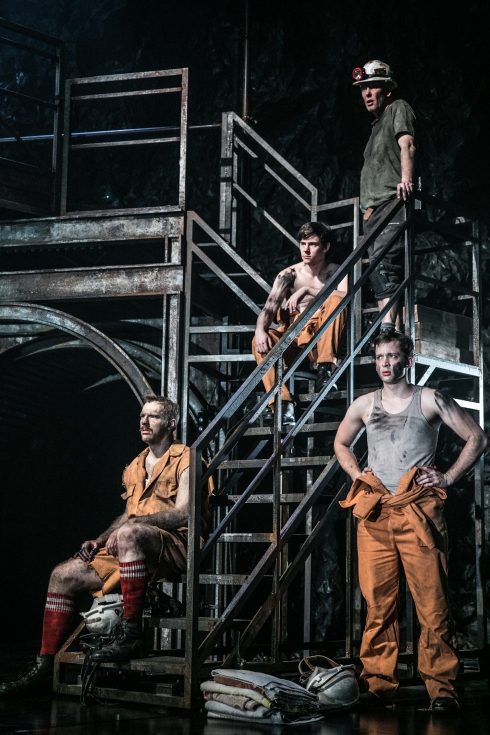 Set in Nottinghamshire in 1983, Wonderland follows two 16-year-olds as they wait nervously at the pithead. Guided by a veteran miner, they descend into the brotherhood, banter, searing heat and liquid blue light of Welbeck Colliery.

Meanwhile in London, an American CEO known as The Butcher is brought in to reform King Coal. Pits close and a strike is called.

A Tory MP tussles with his leader’s hard line ideology, whilst an eccentric dandy is sent undercover to break up the strike. Cracks appear on all sides as the embattled miners are torn apart trying to protect their livelihoods and families. Nothing will be the same again.

“This is a fine start for Adam Penford as the Playhouse’s new Artistic Director,” – Nottingham Post