Jim Jacobs and Warren Casey wrote the musical Grease in the late 1970s, as a response to their experiences growing up in the tough streets of inner city Chicago during the late 1950s. They were regular kids, chasing girls, getting into trouble with their teachers, putting grease in their hair, grease under their car bonnets and grease stuck to their fingers from diner hamburgers. 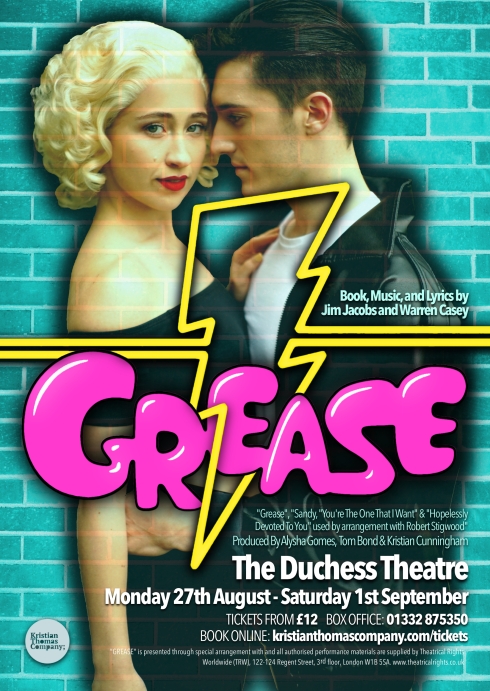 Grease is a beautifully written musical snapshot about the birth of cool and the teenage revolution which happened in America after the Second World War. The concept of the teenager was invented and thousands of kids like Casey and Jacobs helped to define contemporary culture. This was the ‘greaser’ movement which created a unique style with little money but bags of imagination, brylcreem, attitude and the great excitement of what new records to buy.

There were 400 hundred record labels in existence in the USA by 1949. Many of them didn’t last long. Decca, Capitol, RCA, Victor, Columbia and ABC Paramount were quick to capitalise on the increase of disposable income particularly amongst middle class teenagers. Smoking was hip and new dance forms were being created almost daily and the hand jive was one of the most popular and rather ‘handy’ to do in crowded dance halls.

The musical Grease has become a legend in itself with the popularity of regular stagings both amateur and professional and of course the film starring John Travolta and Olivia Newton John was a massive success. Filled with brilliant songs like ‘Grease Is The Word’, ‘Summer Nights’, ‘Greased Lightning’, ‘We Go Together’, ‘Hopelessly Devoted To You’, ‘Sandy’, ‘In My Day’ and ‘You’re The One That I Want’ it can’t fail to entertain with teenage nostalgia and romance in its fast beating heart.

The Kristian Thomas Company don’t do things by halves and many of its very talented members are either in professional theatre training; are off to be in the same or have just graduated from drama school or dance based colleges. Their current production of Grease is running until Saturday 1st September and is completely sold out. This is an outstanding testament to the high quality of their work. 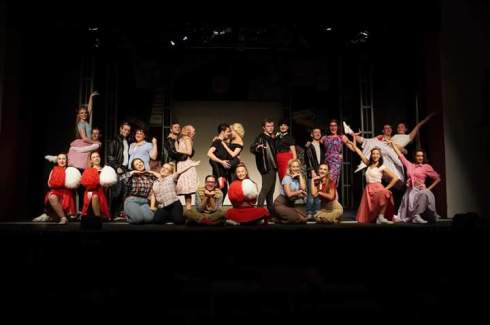 Alysha Gomes directs this production with an eye to the fine detail, to culpable actor reactions both comic and tender and especially to the slick running of the piece that entails quite a few scene changes on the relatively small Long Eaton Duchess Theatre stage. Through her guidance her actors all give us real characters that we care about.

Some of the smaller roles such as Jan (Abby Ridell) and Eugene (Thomas James Martin) are excellent. Ross Lowe as silky tongued radio ham Vince Fontaine steals the show every time he appears. We love Deborah McPherson’s powerhouse performance as the strict teacher Miss Lynch, Phil Stanley’s Teen Angel is beautifully conveyed and vocalised and Maison Kelley is a hoot as Johnny Casino! 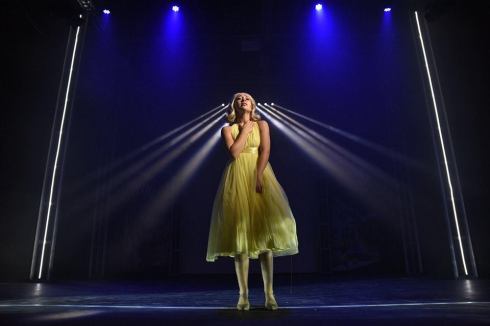 All the ensemble look like they are thoroughly enjoying themselves and are very disciplined throughout. Kristian Cunningham’s choreography is tremendously imaginative, reflecting the era well, brilliantly lively and shows off the impressive dance skills of the cast especially the boys. There are some sensational and unexpected costume changes happening in the blink of an eye which must have taken some practising. Timing is all. 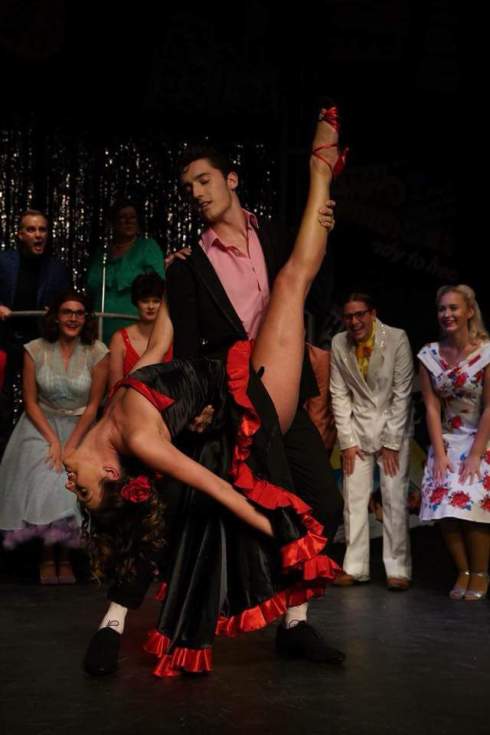 Samuel Holden as Danny is firmly his own creation of the teenager afraid of showing his romantic feelings whilst revelling in his teenage boy gang mentality. Holden sings his songs with tenderness and he and Chloe Hopcroft as the love lorn but socially shy Australian exchange student Sandy work well as a pair that are meant to be together but have some hurdles to leap. Just for now we will ignore the show’s idea that she has to dress up sexily to have worth to Danny and assume that her experiences empower her personality. It is a light hearted musical at the end of the day. Rizzo (Jessica Bridge) and Kenickie (Stephen Lambert) are believable together as on off lovers finding each other despite the odds.

In essence this is a fine production with a well drilled hard working cast showing us some very wowing moments. There is bundles of energy and the humour of the piece comes across well. There is great attention to detail in the costuming and Stephen Greatorex’ lighting design is a miracle of professionalism considering the tiny size of the stage. Sound designer Hannah Griffiths brings a uniform aural clarity to this top class production. We would encourage you to book but it is sold out. This happy reviewer went home on a Rydell High! 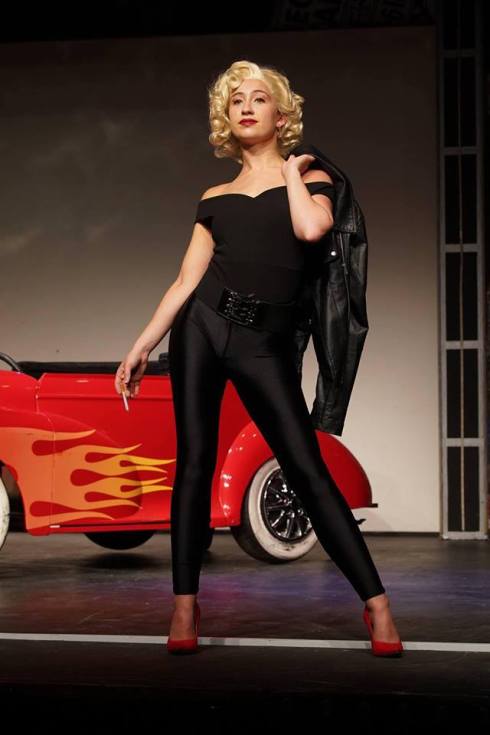 However their next show Wednesday 31st October – Saturday 3rd November is the wacky show everybody likes to click their fingers to – The Addams Family. Book online www.kristianthomascompany.com/tickets