The free, one-off concert on Sunday 26 August 7pm will feature musical numbers, drama and dance performances from theatrical stars and friends of Curve. Lucie Jones, who starred as Elle Woods in Curve’s 2016 production of the hit musical Legally Blonde and Jodie Prenger who appeared at the theatre in Calamity Jane in 2015, will host and perform during the evening. 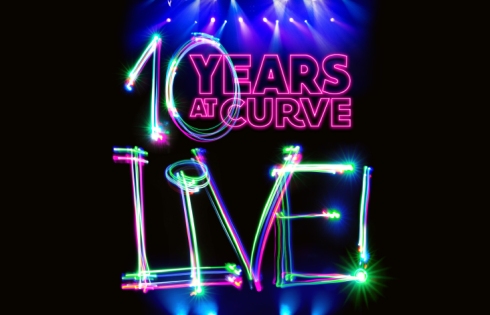 “Curve was built for the people of Leicester and Leicestershire and it is fitting we are throwing open our doors and welcoming new and familiar friends to our free concert, Curve Live! Alongside a day of activities for the entire family, Curve Live! will celebrate our Made at Curve work from the past decade, but with an eye firmly on the future.

“The concert will see Rafael Viñoly’s magnificent vision for the theatre fully realised, as we see our spaces transformed into an epic in-the-round arena, with 1,500 seats!

“An informal, fun and celebratory evening, we look forward to welcoming a hugely talented line-up of familiar Curve performers, who will ensure our theatre receives a suitably rousing, one-night-only birthday concert.

“We are incredibly grateful to our friends at Hastings Direct who have sponsored Curve Live! Without the incredible generosity of this remarkable organisation, this event would not be possible.

“Here’s to a great night and to the next decade!”

Tickets for Curve Live! will be free of charge thanks to support from insurance provider Hastings Direct.

“We are delighted to be supporting this brilliant event at Curve this summer. Since arriving in Leicester over three years ago, Hastings Direct has been welcomed into the business and local community with open arms and we very much feel part of the city.

“It’s important to us to support and be an active member of the Leicester community and we do this through providing practical and financial help to many charities and good causes, as well as working with local schools, colleges and universities, in the area.”

Further details of performances and activities taking place during the day will be announced in due course.

Audiences can apply for up to two free tickets to Curve Live! via Curve’s website http://www.curveonline.co.uk, by calling the Ticket Office on 0116 242 3595 or by visiting the theatre in person. The ballot will open at 2pm on Wed 25 Jul until 12noon Wed 8 Aug. Winners of tickets will be contacted on the week commencing 13 Aug.