Midlands Academy of Dance and Drama is proudly based in Nottingham and is one of the UK’s leading professional musical theatre colleges training young people to take their places on the world stage. 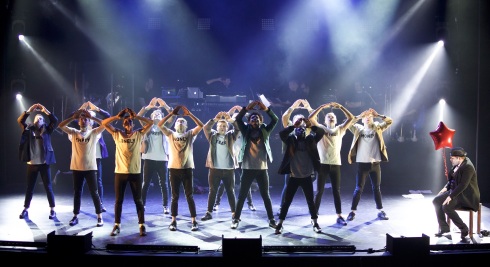 Every year, the all singing, dancing and acting MADD College – as it’s known to its friends – moves into the much loved Nottingham Playhouse for its annual summer show. This year is no different as two performances of ‘The Greatest Gift is You – MADD College Annual Showcase 2018’ is set to wow audiences on the 29th & 30th June.

MADD College recently celebrated its incredible 50th anniversary and has seen thousands of young people act, sing and dance their way through its doors since 1967. Many students have gone onto long and fulfilling careers performing, choreographing and directing in the West End, on national tours and overseas, and also teaching and coaching the next generation of performers to realise their theatre dreams.

The Greatest Gift is You showcases an incredible 106 MADD College students including the Class of 2018. With its professional-ready performers, a live band, the latest technology in lighting and sound, and boasting some of today’s best choreographers and directors amongst its creative team, this is a MADD College evening not to be missed.