This sublimely eloquent and menacing co-production (Pilot Theatre and York Theatre Royal) of Byrony Lavery’s adaptation of Graham Greene’s 80 year old novel Brighton Rock, directed by Esther Richardson, is an odds on winner on all fronts. The production is presented by special arrangement with STUDIOCANAL.

Sara Perks foreboding split level stage design offers up a quick succession and often impressionistic suggestions of the story’s various venues including the iron pillars of the Brighton pier, a bar, a day at the races, as well as a plush hotel bedroom of the period. The on stage musicians conjure up a soundscape of mystery and menace through Hannah Peel’s evocative and often unsettling score. 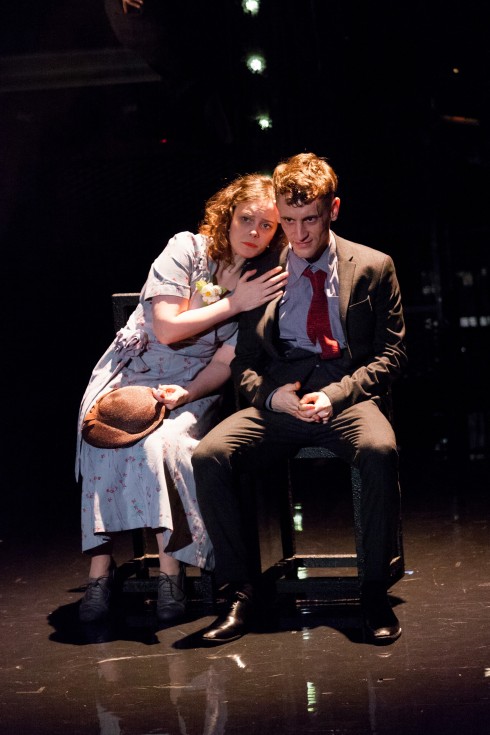 The adaptation’s central focus is on pleasure seeking and fearless Ida Arnold beautifully played by Gloria Onitiri. She is repetitious in her spoken moral code claiming more than once that she believes in ‘right and wrong’ and is deeply puzzled by something not seeming right about the death of a man called Fred she, all too briefly, met in a bar during a Whitsun weekend in the seedy seaside town of Brighton. Unlike other adaptations Ida becomes the pivotal role in a dangerous vortex of gangster led happenings. In the story she tries to rescue 16 year old Rose (Sarah Middleton) from the downright dangerous mobster Pinkie (Jacob James Beswick). Beswick is a superbly angled bad boy – all teenage pose – flicking attitudes and simmering with violence. Middleton gives us a super performance full of youthful hope in the most unlikely of relationships with the bad boy Pinkie. There are times you want to shout out “Don’t go there Rose!” but onwards we go, spinning and colliding into the next level of dancing with a devil. 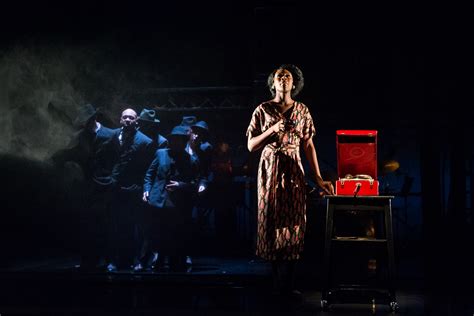 Six other cast members make up a larger population and often changing character on the turn of a heel. Their slickness of action and word in this demi-world of crime is what takes this extra-ordinary production to the high levels of artistry that spins and turns, contains broader landscapes and brings the story-telling into stiletto sharp focus. Brighton Rock is no sickly sweet theatrical confection but one that will stick in your gullet for a long time to come. Very Highly recommended. 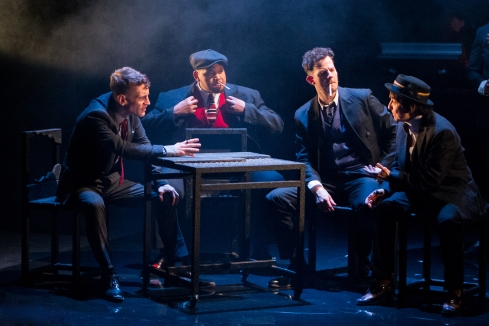