The script of Timberlake Wertenbaker’s phenomenally gusty and humane play, Our Country’s Good, has scene two down as ‘A lone Aboriginal Australian describes the arrival of the First Convict Fleet in Botany Bay on January 20, 1788.’ 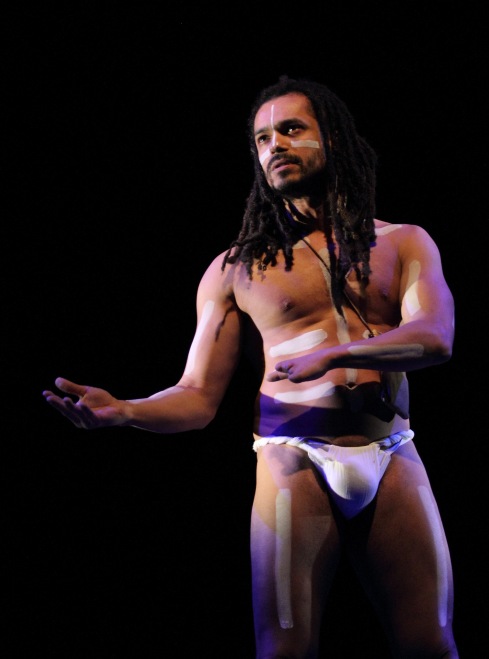 The Aborigine. “A giant canoe drifts onto the sea, clouds billowing from upright oars. This a dream which has lost its way. Best to leave it alone.”

This co-production of Our Country’s Good has not lost its way – it has found new and exciting ways to communicate theatrical story-telling that bring a properly expansive meaning to the term ‘inclusive’.

Though, like this Aboriginal Australian, we too are observers and the present time jugglers and makers of sense of the myriad of constant daily happenings around us. Yet, to his 1788 self, we could represent the unknown future people who now possess  knowledge of modern day Australian culture. This vast land called Australia; this dream time – dream land of opportunity. Golden beaches and holiday dream resorts, bonza tukka, and the most highly voted place to live in the world. In 1788 your opinion determined your very survival to large extent with death at the end of a rope a common happening. 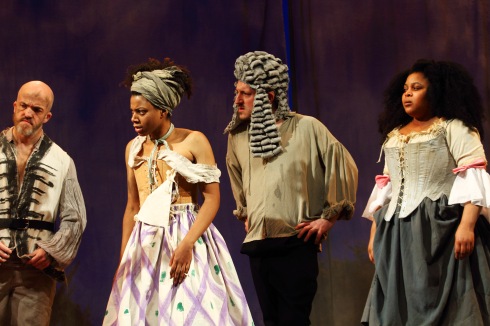 Retired Admiral Arthur Philip is sent to rule a penal colony in Botony Bay as the new Governor. He believes he can turn an historical negative around – that of 780 criminals exiled from home across 17,000 nautical miles – and develop what he sees in the colony as a fair place for everyone with potential to grow. His vision is not widely shared and many of his officers generally see the troublesome and traumatised convicts as sub human and there to be perpetually punished. Where others called for rebellion, Admiral Philip called for understanding and valued the differences in society. This mixed non disabled D/deaf and disabled production of Our Country’s Good is positively Utopian in its creative outlook and like previous collaborative shows before like Tommy it thrills and excites and gives us many a pause to think about judgement in its many forms. 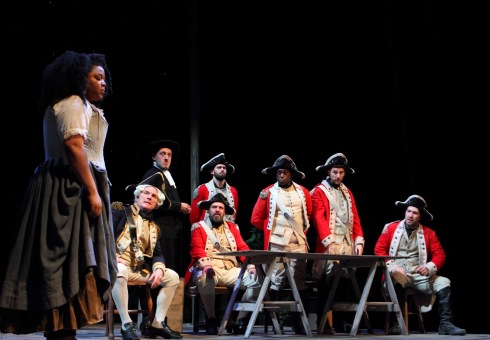 Naturally, we presume that this was not the educated opinion of the first convicts turned settlers in 1788. Australia was a place of terror and death and strangeness; of ‘kankeroos’ and hangings and brutal floggings and of meagre rations and, ultimately, the survival of the most cunning and fittest. Trying to escape inland meant a voyage into a desert madness full of snakes, deadly spiders and equally fatal exposure to the blistering elements. Escape by sea was virtually unknown. 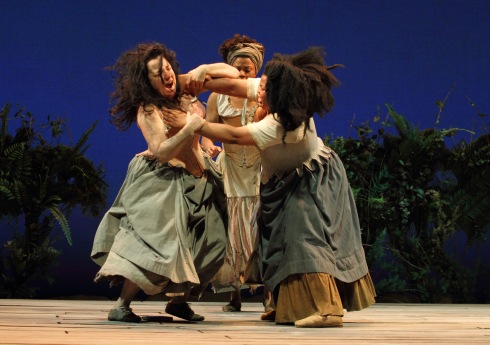 The convicts have been transported thousands of miles away across the other side of the world for ‘their country’s good’ and good riddance. Our Country’s Good touches upon the plight of the native Aborigines but mainly looks at how education and culture: how theatre, in particular, can be a something of enduring worth and redemptive in nature and practice. 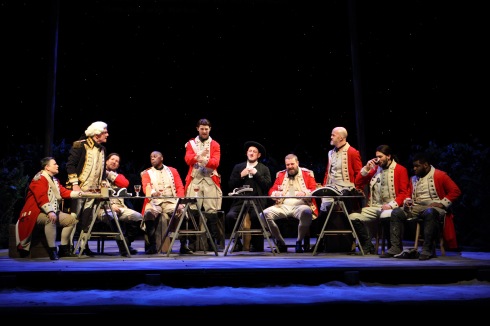 Timberlake Wertenbaker uses a great deal of intelligently dark comedy in Our Country’s Good to get her dramatic points across and to establish character relationships. There is a much harshness shown to the convicts too where some are so de-sensitised to death that they, as Harry Brewer (Garry Robson) says, “The convicts laugh at hangings Sir, they watch them all the time.” 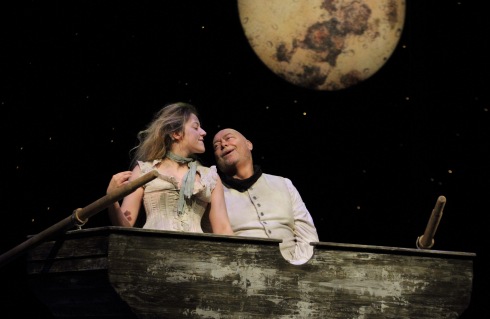 So, in Nottingham Playhouse’s luminescent and daring production directed by Fiona Buffini and in co-production with Ramps On The Moon, Wertenbaker’s epic play does as it says on the promotional tinny. It inspires us with its intelligent vision of a better future. It certainly does make you laugh and cry and like, most of the characters in the play, you may recognise the positive aspects of feeling passionate about the theatre and how, best of all, it considers the human condition best through comedy and drama. 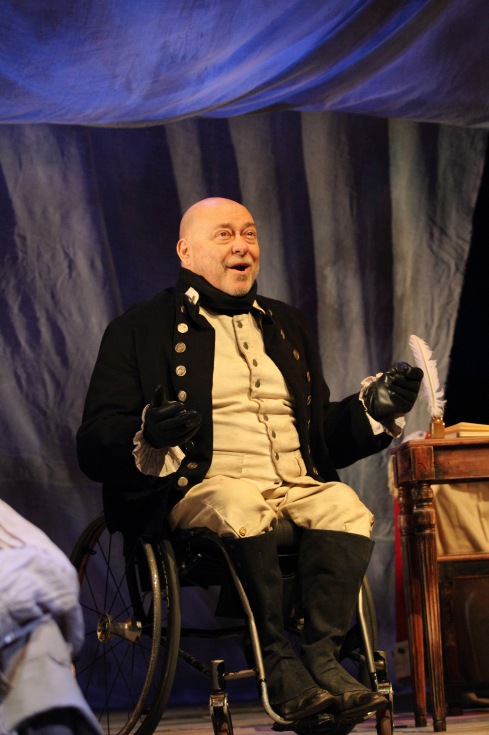 This new interpretive staging of Our Country’s Good is many layered with the creative use of audio description, captioning and BSL signing (by all the cast) and is highly successful in enhancing the narrative to something other than the practice of being purely about access. It is also brilliant storytelling superbly relayed and both moving and often very funny. As theatre is about communication this production has that quality in spades. 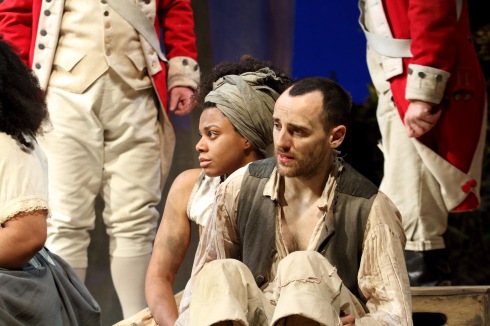 The effective set design is by Neil Murray with lighting by designer Mark Jonathan and sound composed by Jon Nicholls. Audio Descriptive Creative Consultants are Alison Clarke and Ruth James.

Age 14+ recommended due to strong language and nudity.