Akādemi’s The Troth is a great many things – elegiac, visceral, highly compelling, magnetic, lovingly crafted and explosively exacting in its sixty minute dynamic performance. It is also very moving in its layered complexities that transform themselves into a dance-drama retelling of the classic Indian story of unrequited love Usne Kaha Tha – The Troth – all of which is deceptively simply and bravely told. Ah but underneath…

The Troth is very filmic and takes its style from early silent films accompanied, in this case, by the most sublime and electrifyingly magnificent multi-fractured sound/vocals score by Shri Sriram. Additionally, we encounter ancient whispers of Indian WW1 soldier letter extracts, the projected poetry of Aj Aakhan Waris Shah and some very moving and compelling still photography by Subhash Parihar. All of these add to the mixing pot of theatrical story telling at its very very best. 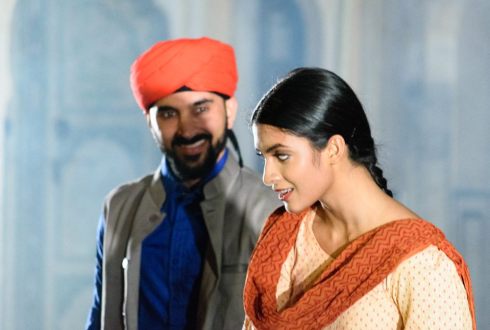 The juxtapositions of Imperial War Museums WW1 archival film and live performance are breathtakingly good and you feel for every doomed historic sepia coloured Indian soldier in his vital ‘on screen’ soldierly phalanx presence. At points one wants to scream out some halting wordage that may prevent these 60, 000 unnecessary future deaths on the WW1 battle fields. 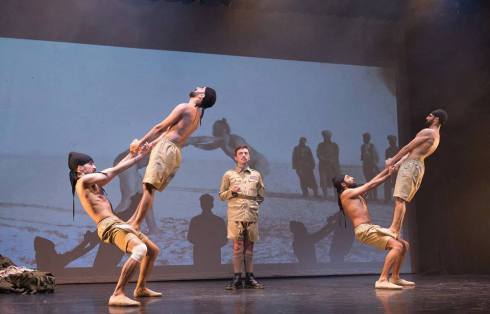 Akādemi’s Director Mira Kaushik’s vision for the Indian and UK tour of The Troth includes ‘accessibility’ and that definitely comes across in this dance drama performance which cleverly mirrors the original Usne Kaha Tha which was deemed curiously progressive for its time as it jumped across the years to tell the tale of the Punjabi Sikh Lehna and his unrequited love for the married Leela which eventually results in him sacrificing his life for her. 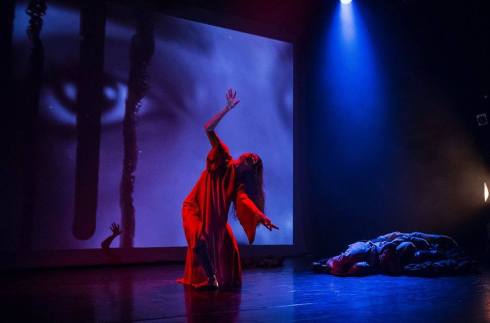 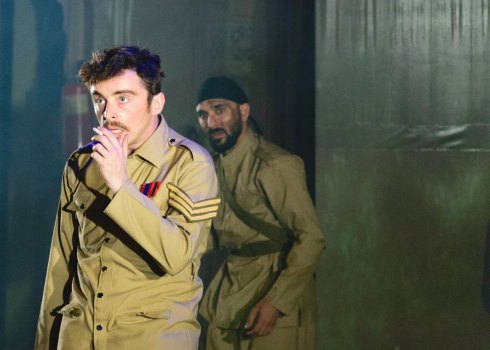 The original The Troth tour recently took in the Indian cities of Jaipur, Delhi, Bohpal, Jabalpur and Kurukshetra. A specific part of the tour was to connect with the extraordinarily popular Diggi Palace Jaipur Literature Festival in late January 2018. Now we are privileged to engage with the piece on a UK tour including Leicester Curve, ArtsEkta in Belfast, Tacchi Morris Theatre in Taunton, Edge Hill Arts Theatre in Ormskirk and The Dukes in Lancaster. On reading this brief listing it feels a very limited venue tour and The Troth deserves more exposure especially in high Indian social and cultural centres UK wide as the work predominantly remembers the 60,000 Indian soldiers that perished in a strange continent on behalf of the British Empire during WW1 and their memory and sacrifice appears to be of desperately scant record. 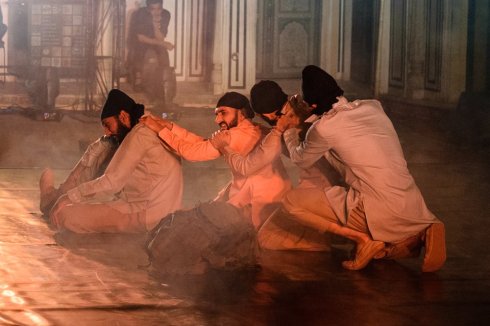 To catch The Troth on its UK Tour do check out www.akademi.co.uk. 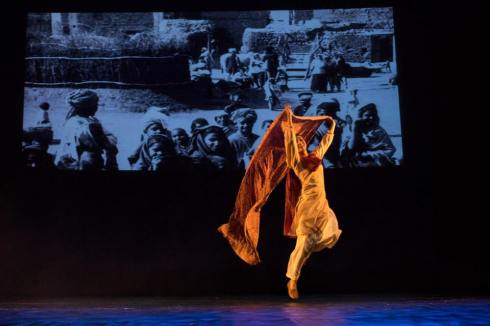 About the author: Chandradhar Sharma Guleri (1883 – 1922) was a writer and scholar from Jaipur India. Described as a versatile genius, he is best known as the author of Usne Kaha Tha (1915), taken to be the first short story in Hindi.