RETURNING TO THE PRODUCTION, LAYTON WILLIAMS WILL PLAY THE ROLE OF SEAWEED ALONGSIDE MUSICAL THEATRE STAR BRENDA EDWARDS AS MOTORMOUTH MAYBELLE 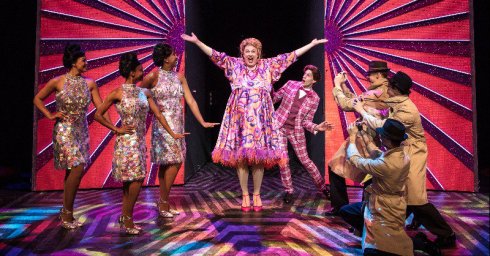 Norman Pace (ITV1’s The Hale and Pace Show) will play Wilbur Turnblad in the major UK tour of the smash hit musical Hairspray, visiting the Theatre Royal Nottingham from Tuesday 13 to Saturday 24 February 2018. He will be joined by Matt Rixon (The Ladykillers, Around the World in 80 Days) reprising his role as Edna Turnblad, musical theatre star Brenda Edwards (Chicago, We Will Rock You, The X Factor) returning as Motormouth Maybelle and Layton Williams (Bad Education, Rent) now starring as Seaweed. Gina Murray (Chicago and Full Monty) joins the cast as Velma Von Tussle with Jon Tsouras (Joseph and the Amazing Technicolour Dreamcoat, Crazy for You) once again playing Corny Collins; Edward Chitticks (On the Town, Mamma Mia) as Link Larkin; Aimee Moore as Amber Von Tussle; Annalise Liard-Bailey as Penny Pingleton and Monifa James as Little Inez. Rebecca Mendoza will make her professional debut as Tracy Turnblad.

Featuring the iconic music and lyrics by Academy Award, Tony and Emmy winning duo Marc Shaiman and Scott Wittman, this big, bold and beautiful production is choreographed by Olivier Award-winning Drew McOnie with direction from Paul Kerryson. This 37-week tour of the much-loved musical based on the 1988 film follows the phenomenally successful 2016 UK tour, which played to packed out houses and received public and critical acclaim across the country in 2015/16. 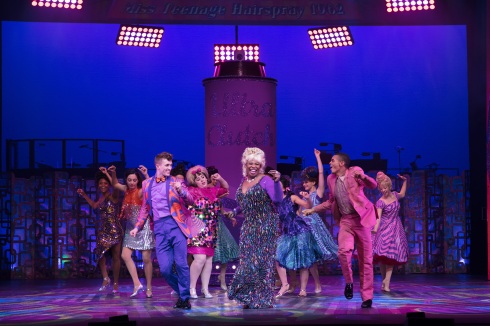 It’s Baltimore 1962, where Tracy Turnblad, a big girl with big hair and an even bigger heart, is on a mission to follow her dreams and dance her way onto national TV. Tracy’s audition makes her a local star and soon she is using her newfound fame to fight for equality, bagging local heartthrob Link Larkin along the way.

Hairspray is a musical based on the 1988 film of the same name, which starred Divine and Ricki Lake, by cult filmmaker John Waters. With music and lyrics by Marc Shaiman and Scott Wittman and book by Mark O’Donnell and Thomas Meehan, Hairspray originally opened to rave reviews on Broadway in 2002 and subsequently won eight Tony Awards. The production opened in London at the Shaftesbury Theatre in 2007 and won four Laurence Olivier Awards including Best New Musical. Proving to be an international success, Hairspray has also opened in South Africa, Japan, South Korea, China and Dubai. Following the musical’s phenomenal success on stage, a film of the musical was released in 2007, which starred John Travolta, Michelle Pfeiffer and James Marsden.