In the world of reviewing theatre some plays appear more often than others – Shakespeare’s A Midsummer Night’s Dream – being one of them. Some productions are ok, some are very good. Some are RSC Touring specials involving amateurs as part of the Rude Mechanicals cast. Some are very interestingly staged in a neon lit underground car park with elderly fairies on Zimmer frames, dressed up as rats in bondage gear whilst their Oberon is a stuttering blind drunk drag queen. The last one is made up (yes really) so if you see anything similar appearing at The Royal Court do alert this old reviewer who could use a magical Zimmer frame going spare.

Some ‘Dreams’ are quite simply magical affairs that make you forget the dozens before and this Curve Young Company and Community production is certainly magical and unforgettable. Directed by Nick Winston, this A Midsummer Night’s Dream is very accessible, visually spectacular and vocally on top form both in Shakespeare’s text and in the modern songs woven into the piece, very often creating some moving and heart stirring moments.

Leicester based choreographers Mel Knott and Si Rawlinson bring out some sterling Leicester talent in the dance sections especially with the wild abandoned hip hop fairy revels. Across the board the dynamic dance and movement in this play is of a very high standard with this tremendously talented amateur cast, all from Leicestershire. 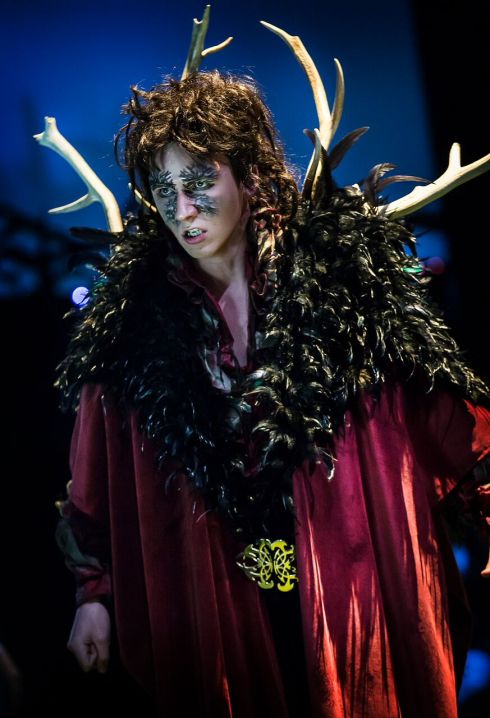 The brilliant Mythpunk costume aesthetic by costume designer Edd Lindley takes the production into a league of its own. Sometimes the piece is almost cinematic placed as it is on the wide Curve main stage and Kevin Jenkins design is totally impressive augmented by a clever video design by Paul Long and Andy Leeke from Metro -Boulot -Dodo. In the staging, Prema Mehta creates some wonderfully atmospheric lighting effects crafted alongside Ben Harrison’s and Dougal Irvine’s stunning audio and musical world.

The production takes a cleverly edited look at Shakespeare’s tale and the acting from the principles and entire cast is passionate and vocally very clear. The live reaction in tonight’s audience is a mix of respectfully silent attention with some laugh out loud moments and a palpable sense of pride in the Leicestershire cast. 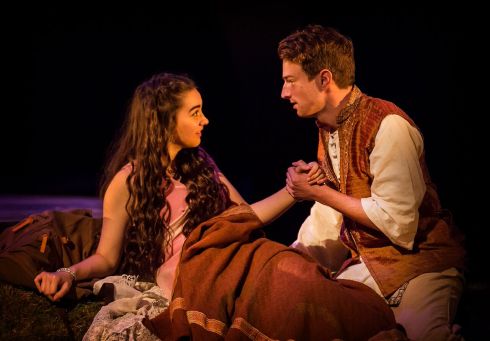 Simon Butler is genuinely powerful and a gifted actor as Oberon and Demi Hylands seduces the audience magically as the fairy queen Titania.

The four young lovers Demetrius (Harvey Thorpe), Lysander (Chris Brookes), Helena (Lauren Jones) and Hermia (Megan Marston) work beautifully together and their comedy is spot on perfect, neither one overshadowing the other. 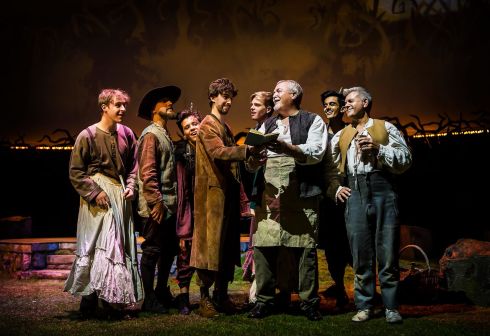 The Rude Mechanicals are a band of older actors in this predominantly young cast and are super funny particularly when presenting their daft play to court. Alexander Clifford is a revelation as a ‘I wanna play every part’ very likable and naturally funny Nick Bottom. His ass head transformation scene, which is achieved on film on the cyclorama screen, is cleverly done and Clifford’s actions with the fairies and the fairy Queen Titania are some of the most memorable and beautifully directed parts of the play at Curve. 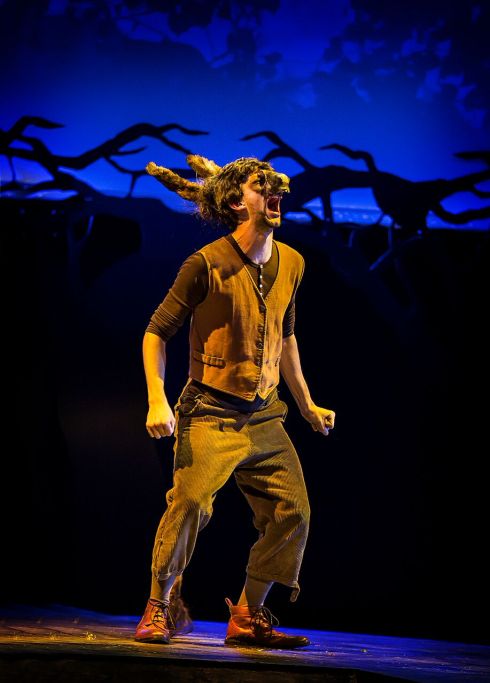 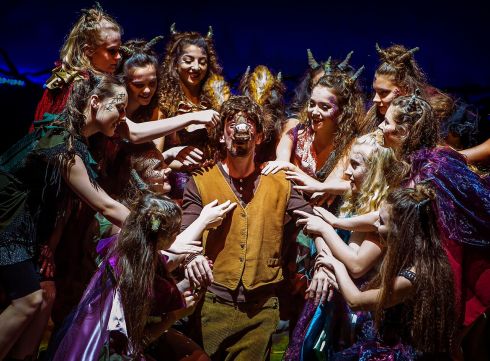 The entire cast have clearly worked very hard and with a passion in this production. So potential audience members, just ‘to idly dream’ about getting a ticket isn’t good enough. Get out of your fairy beds now and go down to Curve and support this terrific production chock full of Leicestershire talent. Thou shalt not regret it.

A Midsummer Night’s Dream runs at Curve until 20 August.