Skip to content
Posted on April 5, 2017 by philiplowe Posted in family showTagged Curve Leicester, Fantastic Mr Fox, Made At Curve 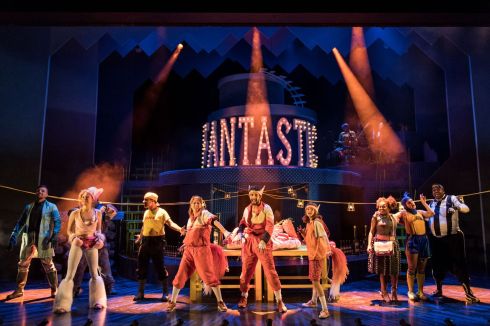 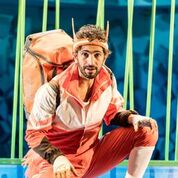 Fantastic Mr Fox loses his bushy tail after one too many raids on the Farmer’s chicken and turkey coop. Farmer Bean (Richard Atwill) swears to kill the fox and any wild animals that get in the way. The animal friends dig themselves in to escape Bean and his dumb farmer cohorts Boggis (Raphael Bushay) and Bunce (Gruffudd Glyn). Mr Fox tries to go it alone to save the animals but he doesn’t reckon on their resilience and enterprise. Will they win the day and defeat the awful humans by working together? 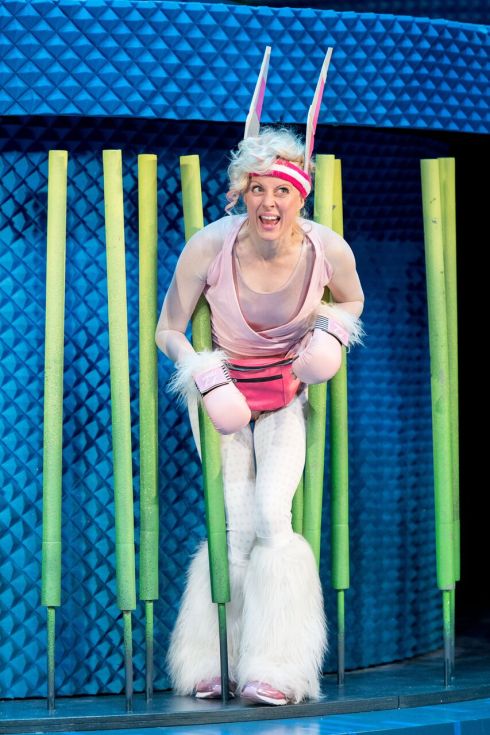 Roald Dahl’s story of obsessive greed overcome by generosity of friendship and mutual support is adapted for the stage by Sam Holcroft with music by Arthur Darvill. The witty lyrics are by Darren Clark, Arthur Darvill, Sam Holcroft and Al Muriel. The cartoon – like multi-faceted set is created by Tom Scott and features giant props to give the impression of the small physical nature of the animals. It all works wonderfully well, especially the digger scene. 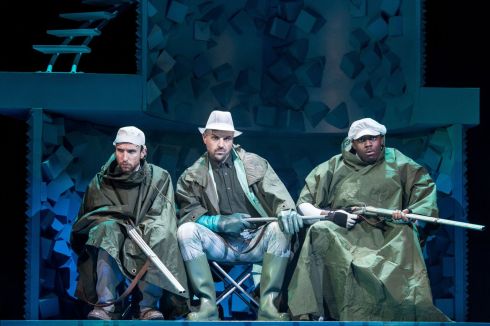 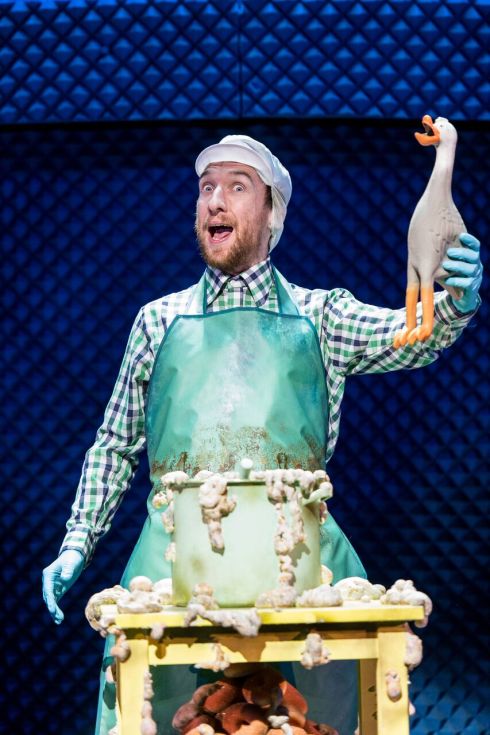 Fantastic Mr Fox is chock full of very funny moments alongside great songs, satirical insights, live music and movement from a talented and energetic ensemble making it a Dahl-ing of a show for all. For something all the family can enjoy we highly recommend this show currently at Curve until Sun 9 April.