“He that climbs highest has the greatest fall.” warns Lussurioso the Duke’s son in Thomas Middleton’s dark play The Revenger’s Tragedy. Well, tis true indeed. As Lussurioso illustrates the capricious wheel of fortune in this famous quote he might well have been describing the challenge of making diverse theatre. The Revenger’s Tragedy is a wordy Jacobean play and even a quality production based in the 1600s is a challenge to any theatre to present and hold the modern day audience’s attention. Not all of us are A Level drama students. 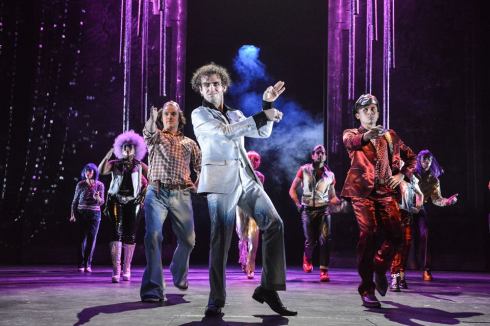 To this effect, director Fiona Buffini and her creative team at Nottingham Playhouse climb precociously high, linger successfully up there in the theatrical heavens and show no sign of falling.

This glitzy glitter ball 1970s themed production of The Revenger’s Tragedy is rock steady on its 20th Century Boy platform shoes and struts camply around the stage in a hugely entertaining style. 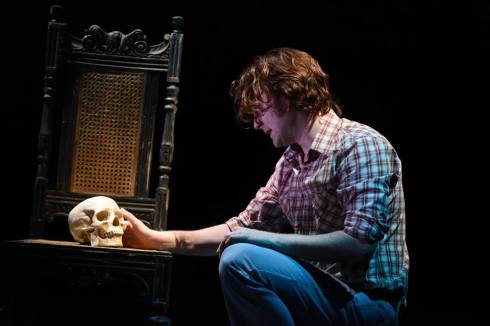 The theatrical language is similar to that of Shakespeare but often speaks to us with a directness of speech that sounds remarkably contemporary. It may be a bit of an ear bender initially but one quickly becomes attuned and grasps the majority of the meaning. For those still unsure the plot is in the free programme.

Director Fiona Buffini says that she likes plays that surprise, delight and shock an audience and this production does that in spades – and bell bottom flares. The play makes us think about sexual corruption and the way that the rich and powerful can destroy lives – particularly of young women. It also makes us think about lack of culpability and shows us characters whose moral compass is spinning out of control. In fact, many of the characters in The Revenger’s Tragedy are purely out for themselves and automatically assume everything can be bought. Their values are sex and money – two things they would die for and often do. The level of abuse is obscene and frequently carries deadly consequences. For the relatives of the victims dark and bloody revenge is now on the cards.

Lighting designer Mark Jonathan provides the show with an array of lighting effects that border on genius. His work takes mood lighting into the stratosphere and back to settle unsettlingly in Neil Murray’s very atmospheric sets. The depths and pools of darkness created on stage almost become personalities of their own. Jon Nicholls’ excellent soundscape is partially based on sounds from distorted guitar noise and the blasts of 1970s rock songs during the production add a tremendous vibe to the piece. 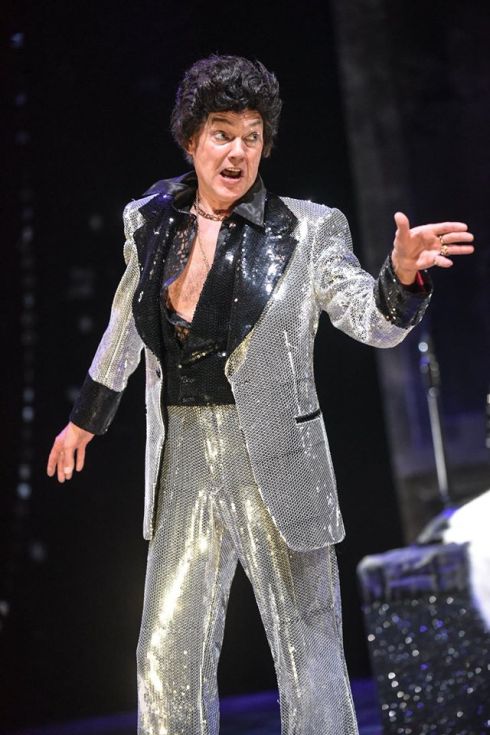 The characters are costumed outrageously with the lecherous Duke (Paul Brightwell) looking dangerously Gary Glitter-like. Occasionally some personality’s OTT costumes can distract ones focus from the character and the declamation of the lines can get lost in the flamboyant nature of the delivery. However, the majority of the story-telling works very well in this larger than life way of presentation. 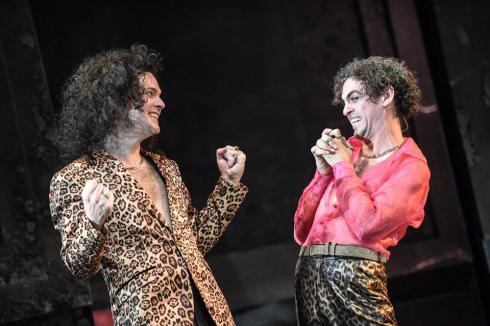 Declan Perring is outstanding as the corruptly ambitious Lussurioso and Alexander Campwell keeps the audience on the edges of their seats as the revenger Vindice. Campwell’s switching between Vindice and his alter-ego is exemplary. Paul Brightwell’s Duke is appalling in his sexual desires and yet comical in his glitter suit and stupidly tight undies. 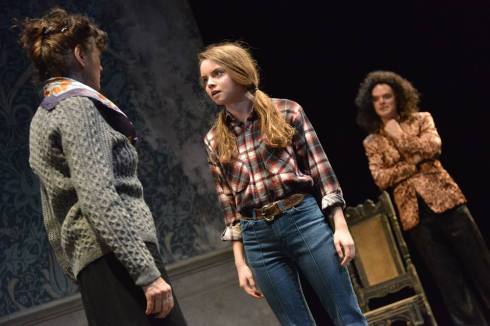 Vindice’s little sister Castiza is played with remarkable confidence by Nottingham Playhouse newcomer Isabel Adams. With Adams’s excellent performance tonight we may be witnessing the early career of a very fine actress. Mary Jo Randle is emotionally convincing as the mother of Castiza, Vindice and Hippolito (Nathan Clarke). The Revenger’s Tragedy has a total ensemble of fifteen who all work well to make theatrical sense of a complex and fascinatingly murderous plot. 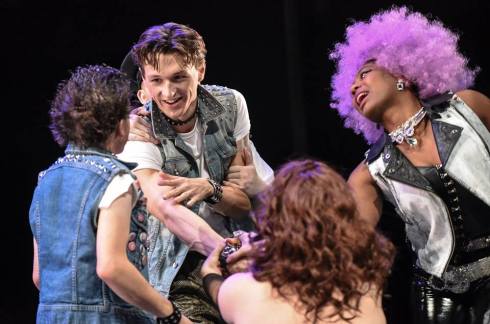 This luridly camp production of The Revenger’s Tragedy may challenge some audience members perception of what theatre is but as Vindice says “Let our hid flames break out, as fire, as lightening” and hopefully this sparky play will go down a storm!

The Revenger’s Tragedy by Thomas Middleton runs at Nottingham Playhouse until 12 Nov 2016.