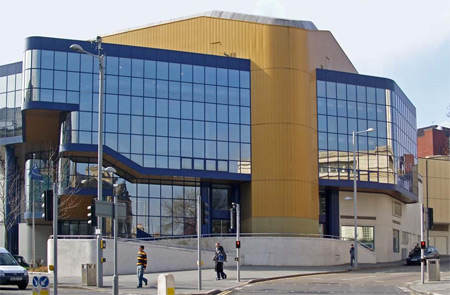 Performing songs from her third album, Rebecca showcases her smoky vocals in a re-interpretation of the best of Billie Holiday’s songs.

Returning by popular demand for one night only, three hours of nonstop 60’s nostalgia will be hosted by Alan Mosca from Freddie and The Dreamers and starring Chris Farlowe, Herman’s Hermits, The Merseybeats, The Swinging Blue Jeans, The Ivy League and The New Amen Corner.

The world’s favourite guitarist joins forces with the Royal Northern Sinfonia to perform this concert of music for classical guitar and new arrangements of timeless Beatles songs.

With support from Lewis & Leigh.

Every three years the comedian Sean Lock writes and tours a new stand-up show. Well he’s only gone and done it again! What’s he like? Come and see what he’s blithering on about this time.

Join singers from Opera North on an exciting tour of opera music in the informal surroundings of the Level 2 foyer. Ideal for under 6s and their families.

An uplifting evening of musical entertainment performed by the Royal Air Force’s finest musicians, with a programme including Dambusters March, Chariots of Fire, Devil’s Gallop, Bring Me Sunshine, 633 Squadron and more

Two of the greatest voices in the world, the nation’s leading musical theatre star, Michael Ball, and the nation’s favourite tenor, Alfie Boe, are joining forces for the first time with a brand new album and live show featuring repertoire from the greatest Broadway shows as well as classical songs both Alfie and Michael have always wanted to record.

Music from the Movies plus special guests

John Wilson’s handpicked orchestra of virtuoso players return with their brand new show of musical masterpieces from the movies. Joined by a line-up of star singers they’ll be performing hit songs and iconic soundtracks from the movies including Funny Girl, My Fair Lady, The Wizard of Oz, Hello Dolly, Star Wars, Gigi, Tom & Jerry at MGM, Gone with the Wind plus lots more!

Broadway glamour and toe-tapping tunes in an all Gershwin extravaganza featuring the very best music, song, and dance. This concert is packed with George and Ira Gershwin’s most acclaimed work including Someone to Watch Over Me, excerpts from Porgy and Bess, A Foggy Day in London Town, S’Wonderful and the iconic Rhapsody in Blue, plus a glamorous ballroom duo and two sensational tap dancers.

Beethoven’s most heroic concerto is the centrepiece of this fascinating programme from Sinfonia Viva. British pianist Cordelia Williams takes the lead role in this epic drama. The programme also includes Stravinsky’s 1937 Concerto and Sibelius’s Sixth Symphony.

In never seen before sketches, the tour will unite some of Catherine’s best-known characters from her hugely successful BBC series ‘The Catherine Tate Show’ including ‘Nan’ Taylor; Irish nurse Bernie; Geordie Georgie; Essex girl Sam and the return of a certain argumentative teenager…

‘Keep Me Singing’ is Van Morrison’s 36th studio album to date and consists of 13 tracks – 12 original songs written and performed by Morrison, as well as a cover of the blues standard ‘Share Your Love With Me’ – written by Alfred Baggs and Don Robey – and ‘Every Time I See A River’, a collaboration with acclaimed lyricist Don Black. The album’s closing track, ‘Caledonia Swing’, is an instrumental featuring Van on piano and saxophone. All tracks were produced by Van Morrison.

Experience the astounding vocals of Ruby Turner and Louise Marshall alongside the rich soulful tones of Beth Rowley and imitable musicianship of the Rhythm & Blues orchestra, as Jools Holland performs tracks spanning his entire solo career as well as songs taken from his latest album.