Anthony Shaffer’s classic thriller Sleuth at Nottingham Playhouse is a sure fire hit, cunning, murderously witty and dangerously double dealing. This is a five star production and every one of the five actors is a star in their own right.

Sleuth… a sure fire hit

Before we get into the meat of the review we need to compliment Nottingham Playhouse in offering small but important roles to two young local actors, Oli Smith and Ed Boot. Both actors are a credit to the professional stage and their performances tonight reveal  hidden talents and arresting performances. They unequivocally demonstrate that old theatrical adage that there is no such thing as a small part on stage… 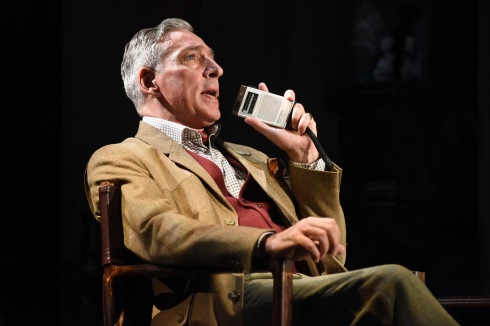 Cliff Williams delights as not so dumb Inspector Doppler. He may be a bit unsure on his feet and slow of accent but he certainly knows a bit of dried blood on the stairs when he spies it and is an unwelcome intrusion to Andrew Wyke’s deviously constructed mansion in the second act. Will the murderer be found out in his own tricky web of deceit? Only Inspector Doppler may tell! 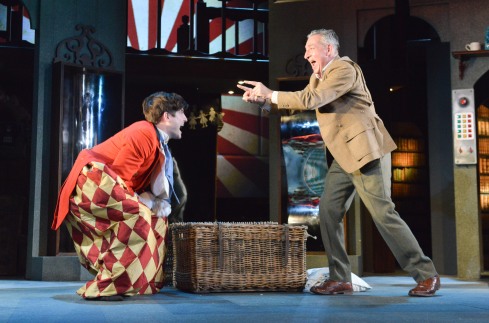 Sleuth is a co-production by Nottingham Playhouse and West Yorkshire Playhouse and when you go to see it please don’t reveal its many secrets! Not knowing is all part of the fun!