This Bill Kenwright produced Classic Screen to Stage Theatre Company revival of Rain Man directed by Jonathan O’Boyle and adapted by Dan Gordon has plenty to recommend it but the key nature of the story being a road movie occasionally doesn’t always travel well script-wise in its screen to stage transference. But overall it turns out to be an emotional roller coaster and a definite crowd pleaser.

In a world of ideal theatrical diversity and efforts to be casting real disabled actors in disabled roles; parts like Raymond Babbit, (Mathew Horne) who is an autistic savant, would be virtually impossible to cast with an actual autistic actor. Dealing with the rather intensely dense script, in their hands, would be insurmountable and un-mountable on stage. In this production’s case, Horne makes the role his own rather than being a copy of Dustin Hoffman’s Oscar winning portrayal and does so with sensitivity and appropriate humour. 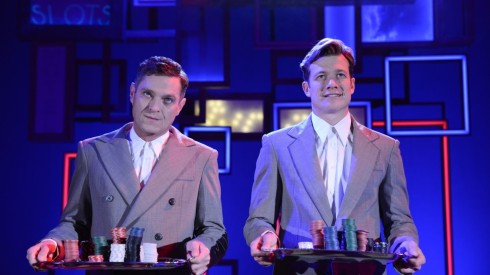 So, the story of Rain Man concerns Charlie (Ed Speleers in his stage debut) – an ego led and initially charmless car salesman – who is motivated by greed and down on his luck in business. To add further to his misfortune he learns that his estranged father has died and has left all his considerable wealth to his long lost brother Raymond. Charlie has no idea that he has a brother and eventually tracks him down to an institute for the mentally ill. Autistic savant Raymond (Mathew Horne) has inherited three million dollars but has no connection with, nor understanding of, money – but happens to be a near genius with numbers and their manipulation. Desperation and greed finds Charlie turning up at the institution and ‘borrowing’ Raymond to find some way of getting his hands on half of the money. The two brothers and Charlie’s girlfriend Susan (Elizabeth Carter) embark on a trip across America and Charlie discovers more about himself and his attitudes and the human worth of his brother, than he ever bargains for. 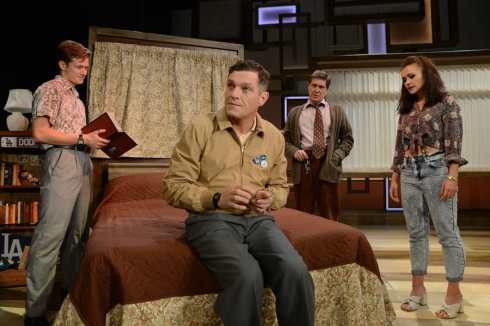 In the play there may not be an actual car, (a very important feature to the plot of the film) but the growing friendship of the brothers ends up being driven by the key element of deep catharsis. Essentially a film actor, Ed Speleers, gives us a performance that introduces his character as indignant and self justified and concludes with a fine sense of family connection and thereby much more likeable than in the offset. His character’s journey is well mapped out on stage by a very believable Ed Speleers.

Horne’s portrayal of Raymond connects emotionally through his anxious stilted movements, his mimicked repetition of noises heard (often to comic effect) and his amazing mental abilities to rapidly retain and repeat mundane information like the precise contents of a phone book. He talks through all incidents and has little concept of danger. Horne’s performance is beautifully nuanced and hyper sympathetic especially when ‘normal’ incidents occur and, without reasoned rationale, escalate in Raymond’s world into brief moments of high drama bordering on terror. Internal explorations are made to external stimuli and surprising connections are made. Ultimately the biggest dramatic surprise is in the bonding of the two brothers from different mentalities and life experiences.

In this ever spinning wheel of fortune play the ‘other’ male roles are solidly played by Adam Lilley and Neil Roberts. Mairi Barclay brings plenty of excellently done comedy to the piece and Elizabeth Carter shines in a shamefully under written role as Charlie’s girlfriend Susan. When Carter does get to engage emotionally, as with her empathetic scenes with Raymond, she proves to be emotionally piquant as Susan.

Ultimately, this staged version of Rain Man is a theatrical vehicle worth experiencing and those coming out of Derby Theatre tonight into the actual rain go home with their hearts aglow from a well staged story of the redemptive nature of love and compassion. 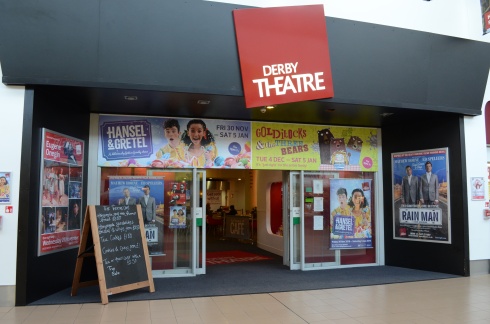